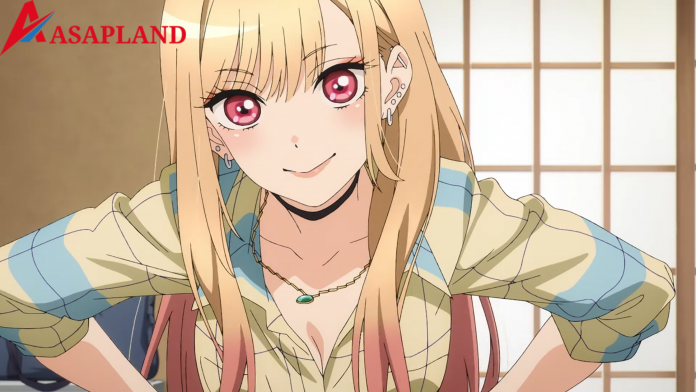 The commotion caused by My Dress-Up Darling anime has resulted in a massive increase in sales of the original manga series.

On their personal Twitter account, Shinichi Fukuda, the creator of the hit cosplay rom-com, reported that the manga had sold over 5 million copies. Fans were also praised by Fukuda for their support. Aniplex, a Sony-owned production company that assisted in the creation of the anime series, went on to say that the manga had sold 1.5 million copies since the show debuted on January 9th, less than two months ago.

My Dress-Up Darling is a popular recent rom-com anime show that premiered during the Winter 2022 anime season, and it has a lot going for it so far. It’s a shojo-style seinen manga following Gojo Wakana, a high schooler, and the lovely gyaru Kitagawa Marin, who become uncertain pals and cosplay companions.

They get along swimmingly, and recent episodes hint that Marin’s friendship with Gojo is likely to turn serious. Marin is ecstatic, but another well-known cosplayer comes to the scenario, and seasoned anime aficionados may detect the beginnings of a harem. However, in order to portray a comprehensive storey of cosplay and love, My Dress-Up Darling does not require that.

READ:  Dragon Ball Super: here is the Super Saiyan God, but the style is that of DBZ

With a stock male lead and captivating gals that enter his life one at a time, My Dress-Up Darling is already building the groundwork for a prospective harem. A similar example is the popular rom-com series Nisekoi, which began with a fictitious romance among the male and female characters until there are many girls appearing in the story.

Nisekoi was intended to be a modern-day Romeo and Juliet, but the core romance between Raku and Chitoge was diluted when girls like Tsugumi and Marika, among others, joined the scene. My Dress-Up Darling may easily grow the basic romance into a harem if Nisekoi can.

Following the release of the fourth episode of the My Dress-Up Darling anime on 29thJanuary, Suzuki Dolls, a traditional doll manufacturer, claimed an increase in sales. Suzuki Dolls third-generation doll manufacturer Keisho Suzuki, who plays protagonist Wakana Goj in My Dress-Up Darling, informed Yorozu News that the firm’s “Bell’s kiss” line of new hina dolls was out of stock immediately after the episode aired. Suzuki stated, “There are a lot of fans that buy the dolls.” He thinks that his art will be appealing and is of a modern standard to help hina dolls gain popularity.

READ:  Where The Trail Ends Netflix?

Despite the fact that the My Dress-Up Darling manga series has eight volumes in Japan, the English translations are a little behind. Only four out of eight books are available in English at the time of writing, with volume 5 due out in April 2022 and volume 6 due out in August 2022.

My Dress-Up Darling will be a pleasure for fans of cosplay culture. The show dedicates a half-episode to taking precise measurements! Then there’s the half-hour of material shopping. This is possibly the most in-depth fictional look into the technical side of creating a cosplay outfit, while also highlighting the enormous adaptations and dedication fans are ready to go through to match their favourite characters.