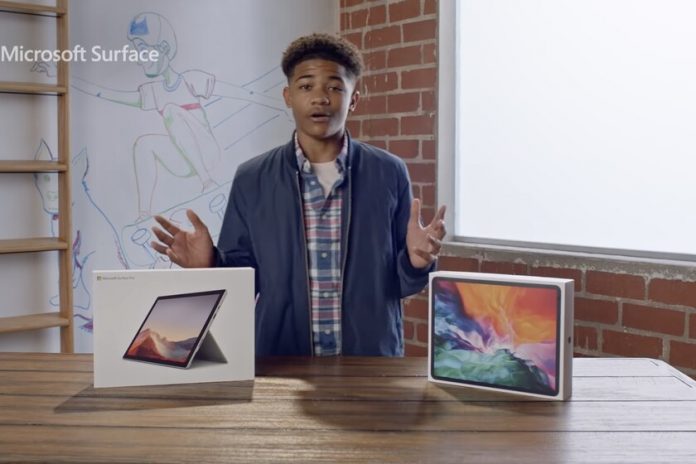 In its ad titled “Still the Best Choice,” Microsoft lists the arguments in favor of its Surface Pro 7 in its comparison with the iPad Pro. The Redmond company highlights some aspects of its tablet compared to Apple’s. Although it does so by forgetting about fundamental aspects in this device, as we will see.

Microsoft also points to the partial comparisons of Intel

If in January Microsoft compared its Surface Pro 7 with an old MacBook Pro to be able to stand out in a first advertisement, now we see how they make the comparison with an iPad Pro. Following the same aesthetics of the previous ad and with the same actor, compare both teams in just 30 seconds. For the company, the arguments revolve around these points:

Finally, Satya Nadella’s team points to the price as the final point. The Surface Pro 7 has a price of 880 dollars (1,049 euros) and the iPad Pro of 1,348 dollars (1,498 euros), both with 128GB of space and keyboard included. If this comparison is reliable, Microsoft would have it very easy to beat the iPad Pro.

“Still the best” if we forget everything important on a tablet 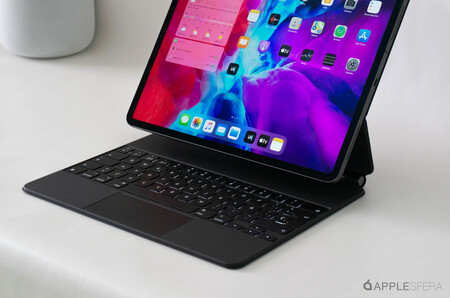 If in recent months Intel launched a campaign against Macs with Apple Silicon, where their partial comparisons stood out, Microsoft has not wanted to miss the party with its own. Although this time it is with the Apple tablet, instead of their new computers with Apple Silicon. In Redmond, several key aspects are left in the pipeline that would yield very different results in everyday use.

For some, having Windows as an operating system will be a plus; the same as others will see as a clear disadvantage

For starters, weight and thickness are essential in a device that you want to use as a tablet. Here iPad Pro weighs 641 grams while Surface Pro 7 weighs 775 grams. Its 8.5mm thickness compares to just 5.9mm on the iPad Pro. Not to mention that the Apple device has a screen with very small bezels and that there is no trace of a fan. 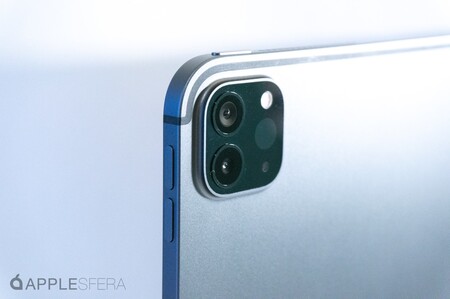 In the power section, the Surface has an Intel Core i3 in its most affordable model, which is the one in the ad. Compared to the A12Z Bionic on the iPad Pro, the results in synthetic tests like Geekbench 5 are devastating: 867 vs 1,129 in the single core and 2,067 vs 4,714 in the multicore. And is that all iPad Pro models mount the same processor, which will probably be renewed this month. This translates into greater ease on a day-to-day basis when moving demanding apps and making animations and transitions.

READ:  Zorin OS 16 looks great: the Linux distro that wants to appeal to Windows 10 and macOS users with as little friction as possible

But what Microsoft completely forgets is the ecosystem of apps around any iPad. Apps like Microsoft’s own Office, Adobe, Affinity, Pixelmator, Notability or Coda 2. And also Apple’s own Notes, iWork and iMovie. In addition to photography and augmented reality apps on an iPad with integrated LiDAR. In the end, it is true that we are facing an announcement. So the brand will always try to sweep home, pointing to the deficiencies (perceived or real) of its rival and placing its own strengths on a pedestal.