Megalo Box 2: Nomad has just landed on VVVVID, and a few moments ago the official site of the opera revealed many new details on the current season. Among the most important news it was confirmed that the anime will accompany us for three months, and that on July 28th the home video edition will be released with a lot of extras and an animated short included.

Megalo Box 2: Nomad will therefore consist of 13 episodes, same duration as the first season. The home video edition due out in July will include a CD lasting 332 minutes, 312 for the thirteen episodes that make up the season plus another twenty for the exclusive animated short. The OVA, which would actually be an OAD (Original Anime DVD) will be visible only upon purchase of the box and at the moment we do not know what it will be.

Other extras included in the home video edition include a booklet made by director You Moriyama, the storyboard of the first episode written by Katsuhiko Manabe, two exclusive autographed illustrations and all the high quality video clips of the trailer, opening, ending theme and on. saying. For the moment the release of the DVD / Blu-ray edition is not expected in Italy, but it is always possible the situation changes in case of success of the series.

The first episode of Megalo Box 2: Nomad is now available on VVVVID, along with all thirteen episodes of the first season. In case you want to know if the series is worth recovering, we recommend that you take a look at our review of the first season of the anime. 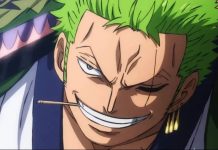 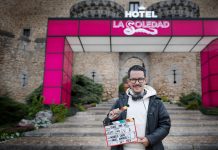 Netflix presents its new Spanish projects: from the new reality show with Mónica Naranjo to the adaptation of the censored Turkish series ‘If Only’ 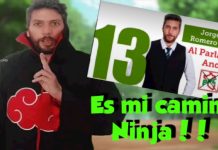 the system that triumphs in China wants to conquer Spain (and...

The Attack of the Giants meets Fullmetal Alchemist: the two mangakas...