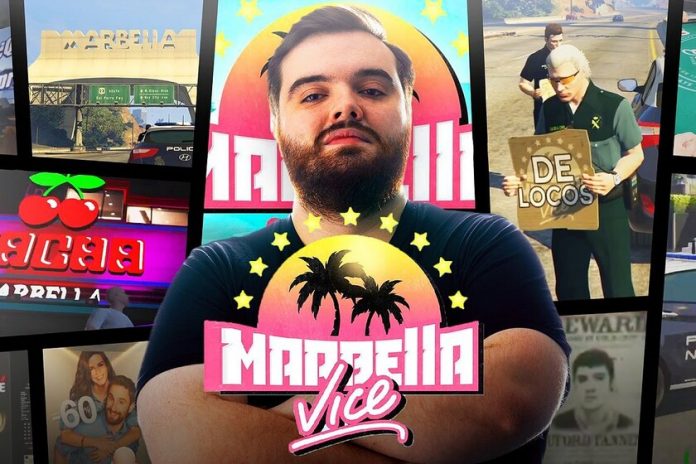 After Egoland in RUST and Arkadia in ARK: Survival Evolved, what aims to be the next big hit for streamers and youtubers has arrived, because Marbella Vice just opened its doors. For those who do not know what the matter is about, this is the GTA Online server that Ibai Llanos has created with the help of CooLifeGame and other great specialists in GTA V multiplayer server design.

Although many people would have loved to be able to participate and join them in this new journey, just over 150 content creators have been invited that during the next few weeks they will be dedicated to playing and touring this server in which most of its areas are inspired by Marbella. In fact, there will be some shops, posters, brands, vehicles and much more that will remind us of the Andalusian city.

In principle, the server has been created so that each streamer plays their own role and engages in role-playing with the rest. For example, accompanying these lines you have the live broadcast that Ibai himself carried out and that in some moments, thanks to the data provided by TVTOP Spain, reached a peak of 150,000 viewers simultaneously.

Even so, the one that has managed to have more followers seeing how it developed through the server has been AuronPlay, with an average audience of about 200,000 viewers and reaching 300,000 at some point. Along with them have also been TheGrefg, Rubius, DjMariio, ElXokas and many more that you can see in the Marbella Vice official account and Twitter.

Although yesterday was the first chapter, probably most of them will return to the load during the next few hours with new incidents on this server. GTA Online. In any case, although the idea is that everyone engages in role playing, everyone can enjoy the experience however they want not having the obligation to play his role all the time.