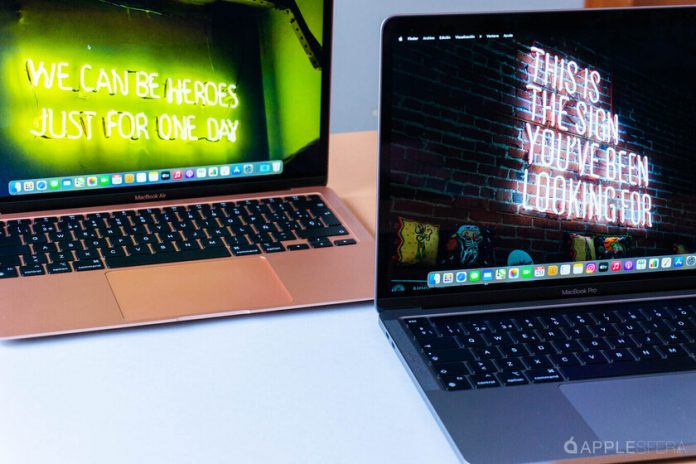 The Mac sales have reached spectacular levels as far as growth is concerned. Analysis firms IDC and Gartner have published their respective studies, yielding figures that should be analyzed in greater detail. The rest of the industry has also grown, although at a somewhat slower rate.

If we take a look at the latest figures from IDC and Gartner (via MacRumors) we will notice that there is something strange almost immediately. Growth rates are extremely high, far from what is usual in a mature sector such as the personal computer.

IDC figures show growth of 111.5% for the Mac. In other words, they double those that occurred in the previous quarter. 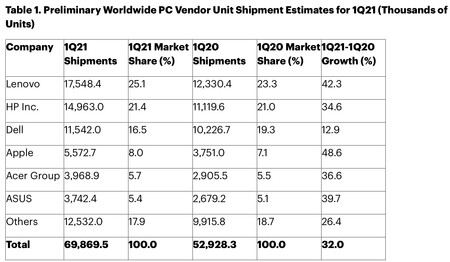 In the case of Gartner, the other most recognized firm in the sector, the growth is 48.6%. Almost half of that calculated by its competitor IDC. If we look at the absolute values, we see how those of the first account for just over a million units more than in the second.

READ:  Things you should know about Riverdale Season 5.

IDC reports growth that is twice that calculated by Gartner, a clear example of the volatility of these calculations

Apple is among the top 5 manufacturers in the world. Despite these growths, the Cupertino-based company does not alter your position too much, because the rest of the manufacturers have also grown. Of course, the Mac leads the growth according to the figures of both companies.

What happened this Q1 of 2021: pandemic and Apple Silicon M1 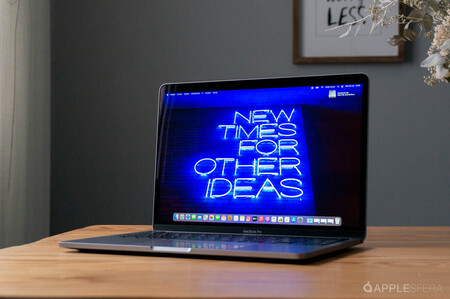 The main reason for this positive tide in the sector is due to the pandemic. In the same period last year, the coronavirus impacted manufacturing and demand of computers around the world, causing a drop in sales. And now the opposite has happened, with a spectacular rebound.

If we look at the same period last year, Apple was the one that fell the most for IDC in Q1 2020 with -20.7%, while Gartner figures solo they do it by -6.2%. That is, the comparative part of a relatively inferior base on which it is easier to grow.

In addition, the pandemic has strongly pushed telework and leisure with the computer. The demand of the whole set has been pushed thanks to it, which in the case of Apple it has also benefited from the Mac M1 (MacBook Air, MacBook Pro and Mac mini, for now). Undoubtedly, the new Apple computers with their own processor are supplying a favorable wind for the sails of the Mac.

As always, these figures should be viewed with caution. Apple has not disclosed the official and consultants like these make their own estimates based on assumptions that may be wrong. In the case of the Mac, a not inconsiderable part of units are sold through its stores. IDC and Gartner have no way to control them and they are completely opaque.