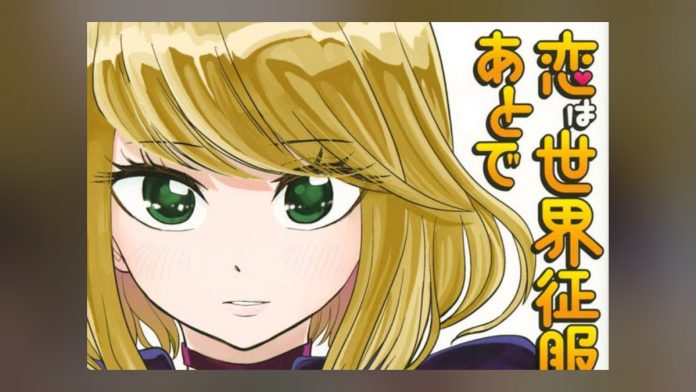 After the publication of the magazine cover Monthly Shonen from Kodansha manga Koi wa Sekai Seifuku no Ato de (Love After World Domination) from Hiroshi Noda and Takahiro Wakamatsu will be getting an animated adaptation, at the moment more information is unknown since the magazine will go on sale on April 6, and there something else could be revealed.

This romantic comedy explores the relationship between Fudo Aikawa, the leader of the Gelato 5 squad of heroes whose goal is to achieve world peace, and Desumi Magahara, the warrior leader of the secret organization Gecko, whose goal is world domination.

The manga began its publication in October 2019 and its third compilation volume will go on sale on April 8.

For now, we will have to hope that between the pages of the magazine there will be some information or that in these months there will be an update on its premiere, hopefully it will arrive at some point in 2022.