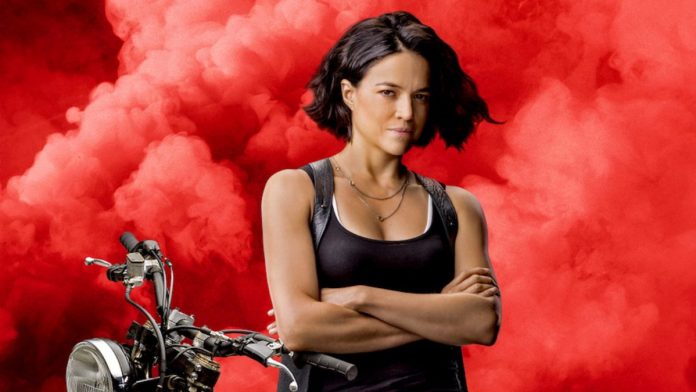 The next (and penultimate) chapter in the saga Fast, or as we call it here in Spain in its first installment: A Todo Gas – let’s forget it now – will be the installment that most highlights female roles, according to the actress Michelle Rodriguez.

Speaking at a roundtable with the cast, Rodríguez has revealed that an effort has been made to improve the roles and storylines of the female characters. “I was touching when I saw that there was no resistance to the idea of ​​bringing women to the fore. Justin has been great, he’s been totally for it. Vin joined in too. He’s always been very supportive of women. powerful.”

Rodríguez has explained that an additional screenwriter helped with these characters. “The studio hired a great SLP writer to deal with the female characters,” he said.

“When I saw the film I was comfortable. I was able to say that mission accomplished, I can relax because all the women in the franchise have been treated with the same affection. And that has delighted me.”

Rodríguez has given some examples of what we can expect from women: “Seeing Natalie (Emmanuel) doing something other than typing on a computer and doing mechanics, seeing this wonderful new armed character (Anna-Sawai) kick ass and endure insults, watch Jordanna Brewster get her hands dirty in action scenes … and I knew yes, which is what I wanted. Let’s go with it. ”

Fast 9 will unite the past and future of the franchise in a special way. And we are looking forward to seeing it.