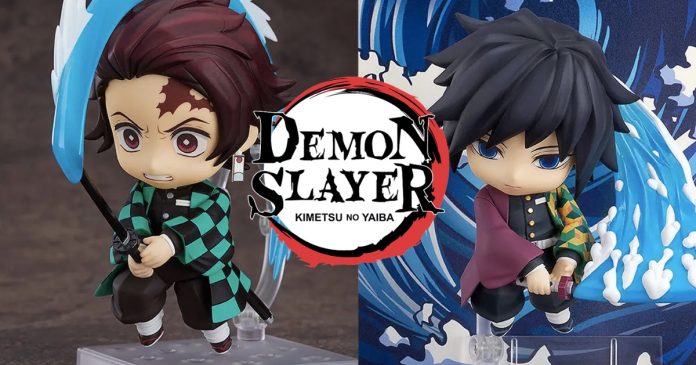 The long-awaited movie of anime Demon Slayer: Kimetsu no Yaiba the Movie: Mugen Train will finally arrive in Latin America on April 22. Fans will finally be able to see Tanjiro Kamado and his companions on their new adventure.

Good Smile Company knows the fandom of hit anime and fans are always excited when the figure company announces new products. However, the excitement now is for the requested relaunch of two legendary figures from Nendoroid.

That’s how it is! Tanjiro Kamado and Giyu Tomoika They have returned once again and are ready to take down some demons from your collection. Both figures feature a variety of interchangeable parts, such as three faceplates, each of which allows collectors to display the characters however they like.

The Demon Slayers will also include their own sword, as well as a variety of water-breathing effect accessories. If fans missed out on these Kimetsu no Yaiba Nendoroid figures by Good Smile Company, they shouldn’t miss out on this new opportunity.

Each Nendoroid is loaded with great detail, articulation, accessories, and that makes for a fun and unique anime collectible. Tanjiro Kamado is priced at $ 55.99 and can be purchased right now on the Good Smile official site.

Giyu Tomioka has a bit of a wait with a December 2021 release and will be priced at $ 56.99. The Truth News recommends you keep an eye out for other themed Good Smile figures from the Demon Slayer Nendoroid line.

The franchise of Koyoharu Gotouge announced a second anime season scheduled for sometime in 2021. Ufotable preserves the astonishing production of Kimetsu no Yaiba and here the arc of Entertainment district already seen in the original manga.