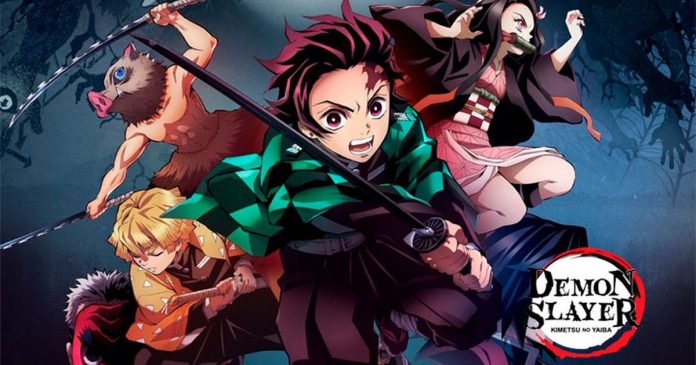 How we introduced you to The Truth News, the Demon Slayer anime: Kimetsu no Yaiba came to Netflix since last April 1, surpassing its great records. And it is that Latin American users had to wait a long time for it to be available, since it first came to Crunchyroll.

But the wait was worth it, since the version they got, like the one from Funimation, is dubbed in Latin Spanish. And it seems that the latter has had great benefits for this great production.

In its early days on Netflix, Kimetsu no Yaiba managed to rank among the 10 most watched shows on the platform in Mexico, Argentina, and other Latin American countries.

Kimetsu no Yaiba has dubbing in Latin Spanish

It was almost unbelievable that Demon Slayer: Kimetsu no Yaiba stood out on the small screen. However, much of the credit goes to mangaka Koyoharu Gotōge, who managed to create an entertaining tale.

According to plans, the new season of Demon Slayer: Kimetsu no Yaiba will premiere this year in the land of the Rising Sun. It will be a matter of seeing if it also reaches Netflix, but if so, do not expect it to be something immediately. It is likely to debut much earlier on other video-on-demand services.

Kimetsu no Yaiba: Mugen Train will hit international theaters, with fans of Tanjiro, Nezuko, and the other members of the Demon Slayer Corps waiting months for the film’s mass release in Japan, and if you want a chance to see it in theaters On April 22, you can order pre-sale tickets now.

Since its premiere in Japan last year, Kimetsu no Yaiba’s debut feature film has been breaking the box office charts, breaking records, and proving that the anime series has earned its place as one of Shonen’s biggest series.