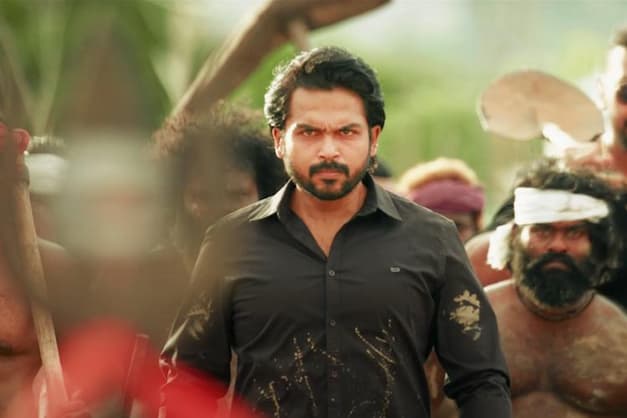 Karthi’s Sulthan To Stream In Telugu And Tamil

The Movie starring Karthi and Rashmika Mandanna is working on a super great movie Sulthan which will be releasing on April 2nd and that too this year.

And also Telegu dubber version is all set and ready to launch on the OTT platform which is Disney Hotstar where the audience is watching what they want to or what they like to watch.

For the fans of these two actors, the news of releasing this movie on the OTT platform is huge and good news especially when times like these, they need to do something while they are sitting home and can not do anything other than watching such shows and series.

Stream Sulthan In Telugu And Tamil From April 30th

This is a Tamil movie which is an action-comedy film is all set to ready to come on our screens on April 30th. For which people are super excited. This movie is directed by Bakkiyaraj Kannan and produced by S. R. Prabhu.

The movie is marking the star Rashmika Mandanna’s Tamil cinema debut, and for this fans are super excited and also they want to watch this movie which released on 30th April. ANd we are waiting for the response of fans whether they liked or loved it.

This movie was originally was about to release on last year in May but due to a pandemic, they have to put a hold on the release of this movie so fans were a little sad due to this.

But they cannot do anything because of course, we have to take the safety measures because COVID was increasing and now this second wave is much more devastating than the first wave of coronavirus.

That’s why it was delayed and also with unspecified time so fans had no idea that when this movie was releasing. On March 24, 2021, the makers held a pre-release which was fancy and which was an affair at Sathyam Cinemas in Chennai.

Also, the last editing was remaining so that took a longer time than expected and now we have the permission of launching the movie on any OTT platforms, therefore now it is all set to launch and I think it got to launch on Disney+.

So you can go now and watch this movie on Disney Hotstar and if you don’t have the subscription then get on but do not miss this movie.

Also for further updates, you can stay connected to this website because here we are updating the website with the latest news.

A new Zelda game could be coming to Switch, but it’s not Breath of the Wild 2 Updated