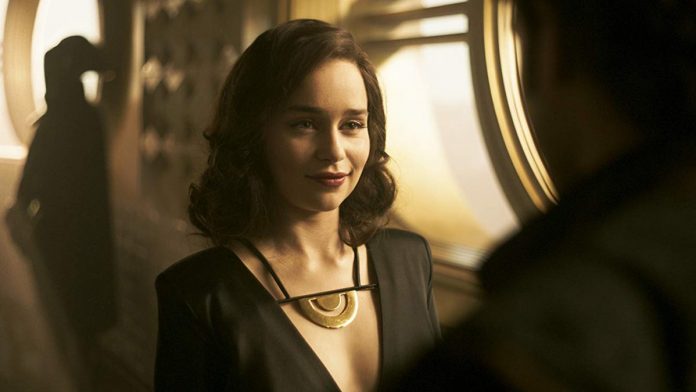 Emilia Clarke jumps from the screen to the pages with a new comic to be released by Image Comics. Yesterday, the distributor revealed M.O.M.: Mother of Madness, a new series written and developed by the actress.

It is a mini-series of three comics in which we will meet Maya, an underwater scientist (during the day) who at night becomes a Superhero, in addition to being a single mother. The story will show us Maya using her powers to take down a group of human traffickers.

“We always call mothers super heroines, and I wonder what would happen if they were. What if they were real heroines? ” ha dicho Clarke a Entertainment Weekly.

“Maya has a very hard life, and she is in a position that makes her unique, something that she hates and that makes her feel ashamed. She seeks to know her own powers and accept them, along with her very identity.”

Clarke is part of a women-only creative team for this project, including illustrator Leila Leiz, Isobel Richardson, and cover artist Jo Ratcliffe. Game of Thrones actress describes MOM’s tone as “Deadpool style” in his sense of humor.

READ:  When Does Season 7 Of Pretty Little Liars Come Out On Netflix?

Clarke is not the only actress who goes from the screen to the comics: there you have the actor Keanu Reeves, who has started his journey in the world of comics with BRZRKR, a 12-issue series with BOOM! Studios. And it has not gone bad, when the first print has been exhausted before his departure.