How can the NFL continue to grow globally?

The NFL has conquered the American market, of that there is no question. The league recently signed a new contract with its broadcast partners – equalling eye-watering sums of money – and has secured its future for at least the next 10 years in the US.

So, naturally, those running the show have been looking at new horizons beyond the borders of North America. In fact, since the 1980s the NFL has been staging games on international shores, though in those early days they were just preseason games in various cities across the globe.

These were dubbed the American Bowl and were held in countries such as England, Japan, Spain and Germany, though the initiative was discontinued in 2005.

In 2007, the NFL began holding regular season games in London, starting off with just one per season but that number of games has grown year-on-year, marking the International Series as a resounding success. These games would, without fail, sell out the enormous stadiums they were held in such as Wembley, Twickenham and the Tottenham Hotspur Stadium.

However, prior to that the NFL had struggled to establish a foothold in Europe. Initially, the league attempted to develop the World League of American Football with teams dotted around Europe in places like London, Frankfurt and Barcelona.

In 1997, this became NFL Europe, which was a league separate from the NFL in the US and would involve teams from across Europe. Ten years later, however, NFL Commissioner Roger Goodell announced that NFL Europe would cease to exist, and the league instead turned its attention to the International Series.

Given its success in the English capital, it’s no wonder London has been the focus of the NFL’s international efforts. They’re also now in contract with Tottenham Hotspur to regularly stage games there every year.

There have even been advanced discussions to establish a NFL team in London on a permanent basis, meaning there would be even more games played there every season.

The company is now also looking at other European countries to break into, with Germany being a key target. During the NFL Europe days, all but one of the teams involved in that European league were German, and the NFL has a significant fan base there.

The country already has the infrastructure to host NFL games, with dozens of large stadiums across its landscape built for major soccer clubs like Bayern Munich, who play in the Bundesliga.

It would make sense for the NFL to expand its International Series beyond one city, and Germany appears to be a market perfectly poised for the company to tap into. The model used in London is clearly an effective one as well; staging regular season games in another country to bring fresh eyes to the sport, thus growing its popularity. There is a stark difference between watching a NFL game on television and attending one in person.

This works outside of the stadiums, too. Betting on the NFL is a key source of interest for fans of the sport, whether they’re in the US or further afield. As a stat-heavy game, football is one of the most interesting sports to bet on as there are so many options and factors to consider.

So, even for those who don’t attend NFL games in England or Germany or Mexico, they still might have a keen interest in gambling on those games, just by virtue of them taking place in close proximity.

These games will also be held at a more suitable time for these audiences. NFL games staged in the US are usually held at awkward times for European and international fans because of the time differences, whereas games held in your country would obviously be a lot easier to watch.

The issue for the NFL is logistics. Shipping off entire teams and their coaching staff to other countries is not only expensive but time-consuming. Players would need to battle jet lag and acclimating to a new climate and time zone in time to be at their best for the games.

This problem would be even worse for a team permanently based in an international country like England or Germany, as they would frequently be flying to and from the US, which would undoubtedly affect their performance on the gridiron.

So, perhaps an international league like NFL Europe could work now that the sport is more popular internationally. Sports like soccer and cricket attract billions of fans across the globe because there are leagues and competitions in different regions. If the NFL could establish something similar, their global plans could truly take off.

This would also require grassroots investment to develop players native to these other countries, but it’s certainly not an impossible task.

The NFL’s global growth has been slow compared to other major sports and leagues, but the company has found success in countries like England and Germany. It has somewhat of a framework to build on and if it makes the right moves, the NFL could become a global sporting juggernaut. 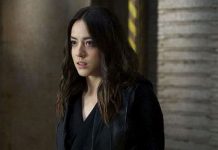 Why Marvel Shield of Agents ending after season 7 is a good thing? 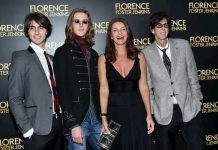 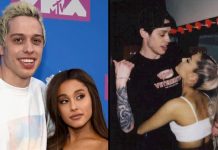 Why Marvel Shield of Agents ending after season 7 is a...

Big Brothers Spoilers: Who was nominated at Final 4? Who are...