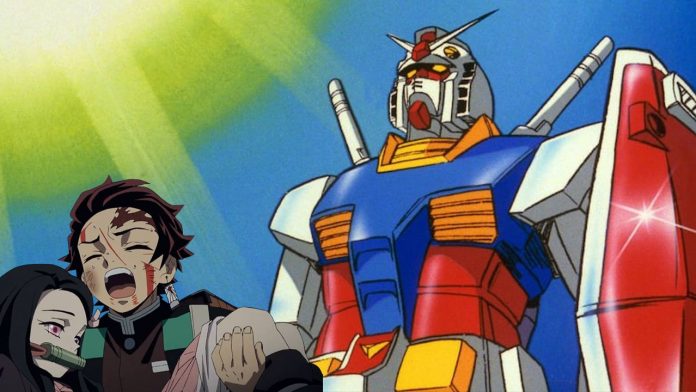 The father of Mobile Suit Gundam, a well-known robot anime whose franchise continues today, is Yoshiyuki Tomino. Known for his commitment to mecha souls, he has also let himself go over time to various utterances against other projects. We remember the criticisms of The Attack of the Giants of the past years.

Recently, however, he also criticized Demon Slayer: Kimetsu no Yaiba, calling his success “a coincidence”. With an interview in the last few hours, Yoshiyuki Tomino returned to the subject and once again he certainly did not hold back, launching other vitriolic statements about various souls.

In the special program that aired on TV in Japan in the last few hours, Tomino said “I will destroy Demon Slayer: Kimetsu no Yaiba, I will destroy Evangelion“His sentences, inevitably, immediately became a trend in Japan but also in the rest of the world, bouncing on various portals, including Uemura Noel’s Twitter account. However, we must contextualize these sentences, given that Tomino spoke explicitly of a way to motivate himself and continue to give the best with its products. Therefore, aiming at the giants of the contemporary sector allows him to always keep on his toes and give his best.