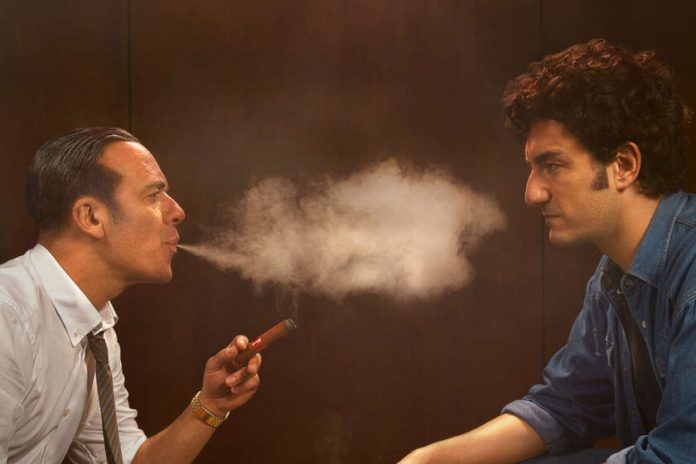 Movistar + has presented in society the official trailer of its promising new comedy. The May 14th arrives ‘Reyes de la noche’, a series inspired by the great war between the giants of sports radio journalism between the late 80s and early 90s.

Starring Javier Gutiérrez (‘Bajocero’) and Miki Esparbé (‘Los Espabilados’), the series revolves around El Cóndor, the leading sports journalist who has been in an undeniable position for years until Jota, his right hand man, decides it’s time to emancipate himself and become another radio giant. Sea Arana she completes the leading trio as a shrewd journalist whose program is relegated to early morning to make room.

Although it is clear that the synopsis somehow recalls the fight between José Ramón de la Morena and José María García, from Movistar + they are cured in health ensuring at all times that, despite the inspirations “Its characters and plots do not respond to reality, and neither do they seek to identify any person.”

READ:  Boruto: the next antagonist has a power out of the ordinary

The comedy is created by Adolfo Valor, who co-writes with Christopher Garrido and co-directs with Carlos Theron. The fiction is made up of six thirty-minute episodes that will arrive in double weekly doses every Friday.