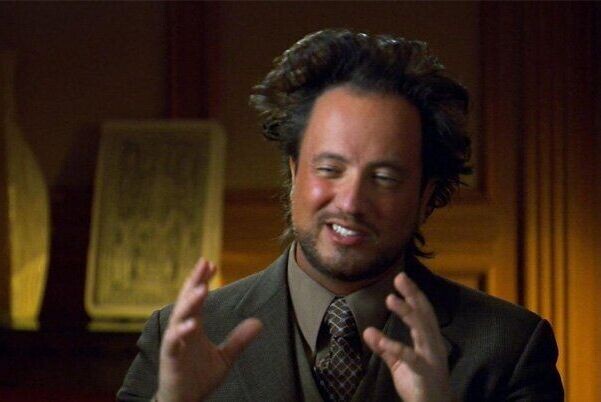 You may not have seen a single chapter of the pseudo-documentary series ‘Aliens’ —’Ancient Aliens’ in its original version—, but it is very likely that, at some point, you have come across the ufologist’s hair in some corner of the internet Giorgio A. Tsoukalos being the focus of attention of the meme that reads “I’m not saying they were aliens, but they were aliens.”

Aliens may not be your thing, but maybe the ‘Cobra Kai’ series is. If this is the case, it is very likely that you are interested in knowing that its creators are already working on bringing the cathodic production of Canal Historia to the big screen in a feature film for Legendary.

As reported by The Hollywood Reporter, Josh Heald will direct the film, with the work of Jon Hurwitz and Hayden Schlossberg as producers under the Counterbalance Entertainment label. For his part, Luke Ryan will write the script and serve as executive producer.

For the moment, any details about the project are being kept under lock and key, but as they have commented from Legendary, the story “It will be a two-way adventure around the world in which there will be ancient artifacts and places, and will address the theories and questions addressed in the popular docuserie”.

At the moment I do not know if I have much interest in this experiment, but, of course, what I do have is a tremendous curiosity. We will see how the thing evolves.