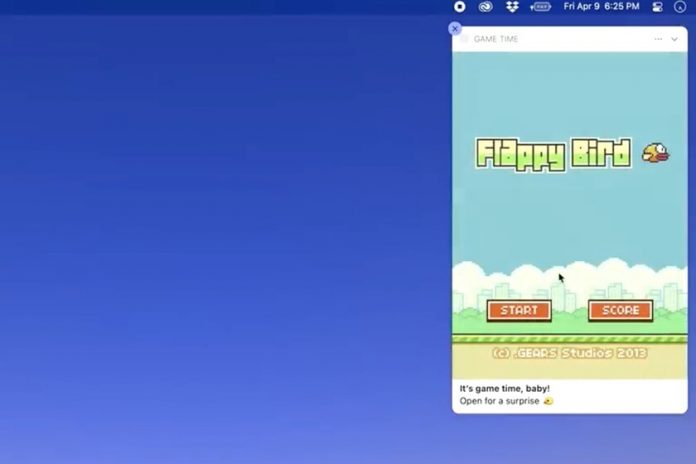 Flappy Bird was a very popular game in 2014 before its developer removed it from the App Store. After this, a multitude of colones came out, the most original, without a doubt, is the one that brings us Neil Sardesai, what has managed to fit the game into an interactive macOS Big Sur notification.

Using the framework UserNotificationsUI Sardesai has managed to get the clone of the game developed by Will Eastcott sea fully interactive through a notification. The game is shown in a somewhat reduced size, although not much compared to the iPhone in which we played it seven years ago.

The dynamics of the system are, in fact, quite simple. As we see in the video below, we simply receive a notification, expand it and we click on it to simulate the touches on the iPhone screen.

Did you know you can put a whole game inside of a push notification pic.twitter.com/LlMx2AjvHH

The truth is that beyond the curiosity of this specific project, the system draws attention to the notification system. A system that many times it is little or not explored from the applications that could do much better to offer us more interactive and useful experiences.

Surely no engineer in Cupertino thought of the possibility of presenting a game through a Mac notification. Projects like this, in addition to being fun and interesting, make us see the infinite possibilities of software development.