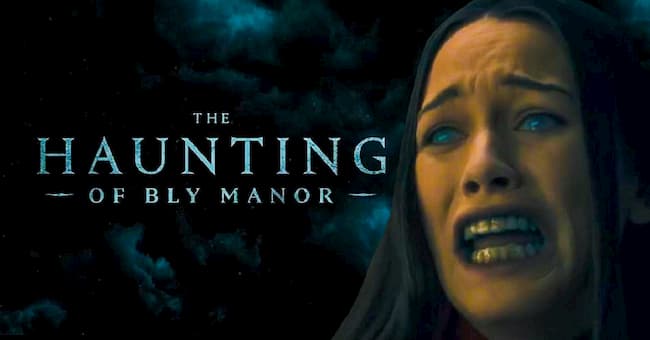 Netflix, the streaming giant did release a batch of new images from one of the most popular and thrilling series “The Haunting Of Bly Manor”. Fans already have so much excitement to know that the series is all set for the upcoming season. But it will be much more exciting to actually have a look at the residents and terrific Bly Manor. Netflix did release some amazing photos to offer viewers the first look at the haunted manor. Looking through the photos will surely make your waiting for the second season harder.

Recently, the streamer did share the images of the upcoming installment of “The Haunting Of Bly Manor” on Twitter. It was not long after the announcement of the show’s premiere window in a thrilling new poster. After having a peek at the chilling poster, fans are expressing their happiness, excitement, and crave to watch the next part. Some fans are claiming that looking at the images can surely give them chills. Any fan going through the images will be more curious to know what was going to happen in season 2.

Well, the thread of the images did unveil a new story, new family, new residents, new scenario, and a new level of terrifying excitement. The second season of this American anthology series features a new haunted manor. The interesting cast of characters will have to live and face the true horrors of their lives. Vanity Fair also did publish some additional details about the characters to be seen in the new promo images.

New Poster And Images For The Upcoming Season

Netflix did confirm a fall release for the second season of “The Haunting Of Bly Manor”. The first official poster of the series reveals that fans will be watching the thrilling events to be happening in the Bly Manor this fall. Also, the streaming giant asks fans to Look Beneath The Surface. That means the terrifying look at the bodies that are drowning in the deep dark water. And, a lone female figure goes deep in the dark water leaving behind a trail of bodies.

READ:  Days Gone 2 was proposed as a shared world game with cooperative