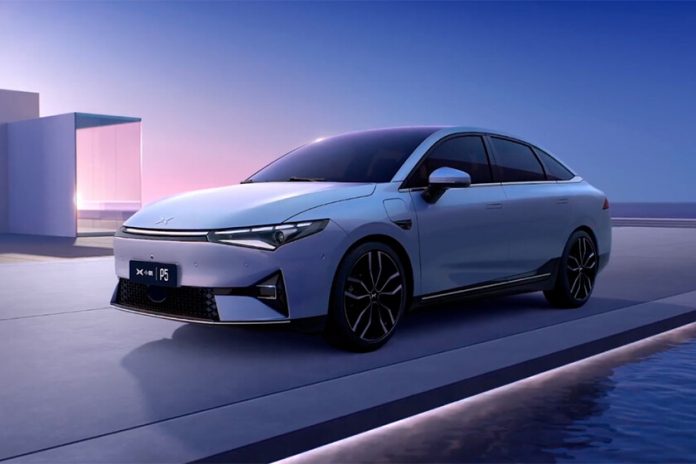 The one who is the third electric car from the Chinese Xpeng Motors is here. The Asian form reveals the first details and images of Xpeng P5, which is its second zero-emission saloon and that adds to those it already has in its portfolio: the Xpeng P7 sedan and the G3 SUV.

As the brand had already announced in a first teaser, this Xpeng 5 comes equipped with a Lidar sensor from which the latest version of its XPILOT system is fed, which promises similar functions to those of the current Tesla Autopilot.

And like his older brother, his goal is to stand up to the Tesla Model 3 in the Chinese market. Not for nothing is it an interestingly designed zero emissions equipped with advanced technology at the service of driving assistance and connectivity. 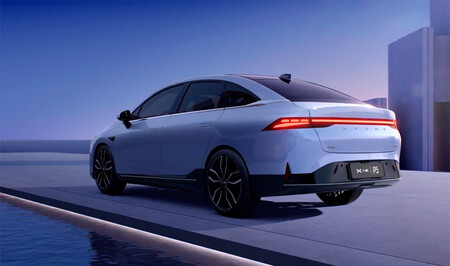 Its price and the rest of its ingredients will be confirmed next Monday, April 19, when it is presented at the Shanghai Motor Show 2021. However, one of the brand’s representatives has already advanced that it will be cheaper than the Xpeng P7, which starts from the 229,900 yuan, about 29,444 euros to change, although with the government incentives applied. The Model 3 does the same at 249,900 yuan (32,000 euros).

Its arrival in the Chinese market is set for the last quarter of 2021, although it will also land in some European markets such as the Norwegian, as has happened with the G3. Although it will do it later and Xpeng still does not advance the date.

READ:  On Tiktok there is a talking dog. And it's causing a revolution in animal research

Showcase of the new Autopilot ‘made in Xpeng’ 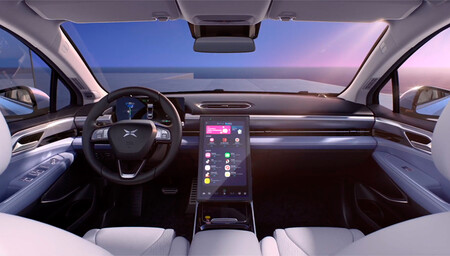 At the moment, the information of this Xpeng P5 is scarce, since the brand gives prominence to its exterior and interior aestheticsas well as its driving assistance technology. Its length is 4.80 meters, being slightly smaller than the P7, and its battle of 2.76 m.

With fluid and rounded shapes, the Xpeng P5 It has some sharp front LED optics that meet in the center and the same goes for the rear. The roof falls towards the rear and has a short overhang, the former being also quite small.

Upon entering the cabin, we find a minimalist interior dominated by two generous screens: the one that integrates the digital instrumentation and multimedia display, tablet style 15.6 inch and in horizontal arrangement.

This configuration of the multimedia screen is also found in the G3 electric SUV, being similar to those of the Tesla Model S and Model X. It is different from that of the Xpeng P7, which is horizontal as in the Model 3 and the newcomer, also SUV, Model Y.

It also has the Xmart OS 3.0 system, which includes an advanced intelligent voice interaction assistant. Thus, the P5 integrates the SA8155P computing platform, which includes a Qualcomm Snapdragon processor and that it is three times more powerful than the previous generation.

The seats are lined in perforated leather, as well as the steering wheel, and it boasts comfort technologies such as adjustable headrests. It is also appreciated that it will have security systems such as side airbags.

In terms of autonomous driving technology, the Xpeng P5 rides sensor Lidar which, according to Xpeng, allows your driver assistant XPILOT 3.5 detect your surroundings, from other vehicles to bicyclists, pedestrians or motorcycles. It also works or any type of obstacle and in any light conduction, so it operates both day and night. 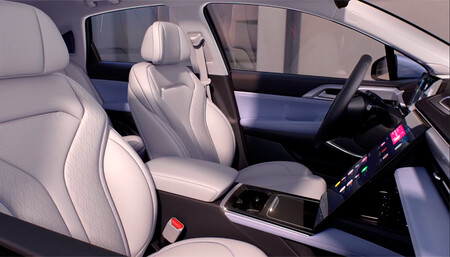 In short, a technology with which it intends to look from you to you at the Tesla Autopilot that has just included new functionalities to circulate in the city, although it is still in beta version. And it is that this also recently presented XPILOT 3.5, thanks to its improved NGP guided pilot function, also allows brand cars circulate in urban environments beyond the expressways.

“In the P7 we launched the NGP only on the highway. But road driving only takes about 10% of people’s driving time. Being able to bring this technology to cities is very important to make the feature more useful and attractive to customers, “Xinzhou Wu, vice president of the company’s autonomous driving department, told CNBC.

It remains to know the mechanics, as well as the autonomy that this new electric saloon will sign. The P7 is offered in two variants, one with a single engine associated with its 196 kW (263 hp) and 390 Nm rear axle and the other with two propellers per axle, being all-wheel drive, 316 kW (431 hp) and a torque 655 Nm.

Regarding autonomy, according to the media of the People’s Republic, it is estimated that it will be around 600 km in the NEDC cycle, which in the end will mean between 400 and 500 kilometers in WLTP.

In Motorpasión | MOVES III plan and MOVES II plan for aid for the purchase of electric cars: everything you need to know | The trap behind buying an electric car today: selling it second-hand in a few years will be mission impossible