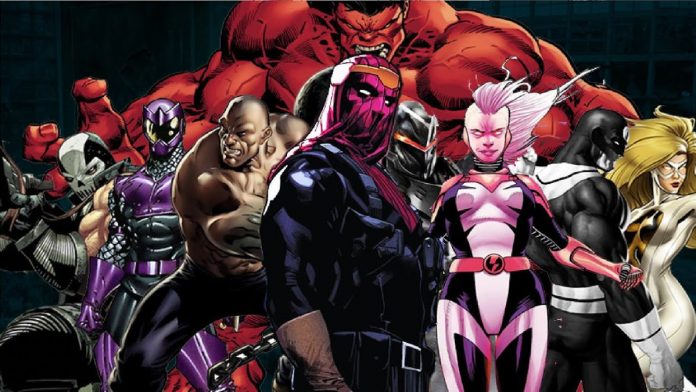 Attention: this news is about the argument of Falcon and the Winter Soldier, so if you do not keep the series up to date, we recommend you come back later to avoid SPOILERS

Falcon and the Winter Soldier It is, for a long time, the production in which everyone has expected to see the Thunderbolts appear, or at least the seed of them. And more than likely, the events leading up to episode 5 already point to its existence. How is this? Keep reading.

If you are still here it is because you keep the series up to date, we understand. We have not yet seen the aforementioned group appear that yes that exists in comics, and what does a “gathering” of villains that, despite entering the scene as a group of renegades, will end up spilling through Marvel in a different way. The reason we wait for them now: Zemo.

Yes, the male is the one who recruits the villains, and although they take him to the raft, few places are as useful as himself; It happens that in the series the possible group is already being presented to us as a kind of “Dark Justice League”, as they would say in DC: captained by John Walker and his creepy and bloody version of Captain America (Already forced by himself, that he would stop being “The Patriot” or US Agent to be an enemy of order but with the serum in his veins.

READ:  The Attack of the Giants, the editor confirms: the additional scenes will not change the ending?

Both the aforementioned John Walker and another character could already be part of the team: perhaps if we name the character of Karl Morgenthau it does not sound much, but it is that in the series it has been versioned in female: Karlie, the augmented one that belongs to the Sin Bandera, version in the MCU of the Flag Smashers from the comics. The presence of Madripoor, Zemo, Karlie, and Walker opens the door to a new group of which the latter could become a kind of temporary leader, at the command of Zemo. We only have one episode left to know if it is what they will end up forming, but think that it is a group that is formed when, in the comics, the Avengers disappear. And right now, there are practically no Avengers.