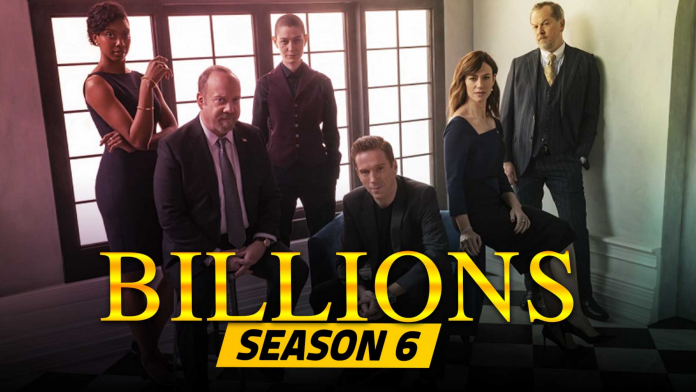 Everything We Figured From The Premiere Of Billions Season 6

Billions season 6 aired on Friday, and the storyline is quite the predicament. In season 5, we were sure that Prince was here to work for his benefit only.

However, the plans have changed. He seems to form alliances instead of rivalries. In this article, we are here to summarize the first episode of Billions season 6. So, do stick with us.

In episode 1, “Cannode.” we are actually surprised by the fact that Chuck Rhodes is aiming at Mike Prince now. Prince surely built his business and has taken over Bobby Axelrod’s too.

However, the atmosphere among the two men is relatively calm as of now. Prince, surprisingly, wants to build an alliance with Chuck.

Is it on the grounds of generosity, or does he have plans? Chuck, on their hand, is away from his responsibilities as the New York Attorney General.

READ:  Assassin's Creed Valhalla - Team Recognizes Updates Were Not Up to Date

By the looks of it, in the next episode, there is barely any chance for Chuck to return to his duties.

Chuck still has to deal with some difficulties, though. Melville Revere, the child of a Historical warrior, has quite the money and property from his ancestry.

However, what troubles Chuck is that Revere’s property surrounds the upstate firm he is about to retire from.

Chuck would have been just fine if not for the distraction caused by Revere’s cannons. It doesn’t help Chuck as he has asked Kate Sacker to look after his office.

Now that had cannot return immediately, and Chuck has to live with these explosions every day and every evening.

Coincidentally, Revere also happens to be an investor in Michael Prince Capital. As he is confident that his ex-wife Wendy is a part of the organization, he could ask her to cut some slack.

Now, this arrangement seems to have caught the eye of Prince. He initiates an alliance out of it. However, the alliance didn’t go as planned.

READ:  Joran: The Princess of Snow and Blood unveils the promo video

Now, Chuck has an easier way to shut the cannon explosions. Chuck learns from an environment expert that Revere’s property can be a great home to bog turtles or any reptiles for that fact. So, he plans to fill the property with reptilians.

This situation allows him to gather a whole crowd swarming over with lanterns and pitchforks. Well, now Chuck can have some rest.

After this incident, Chuck takes a very dramatic step and puts up a statement in front of the press and media. He gives a speech to the crowd, writing off the law of reining out of lawless excess of the billionaire class.

So, will he remove himself from the duties of New York General Attorney for real? How will his character progress in the show? We are yet to know.

Also, what will Prince do now? After owning Axelrod’s entire business, what does he have planned? Seems like Prince is also having a hard time coping with the staff who worked for Axelrod’s former company. Will Prince find a way to deal with the situation? Stick around for that.