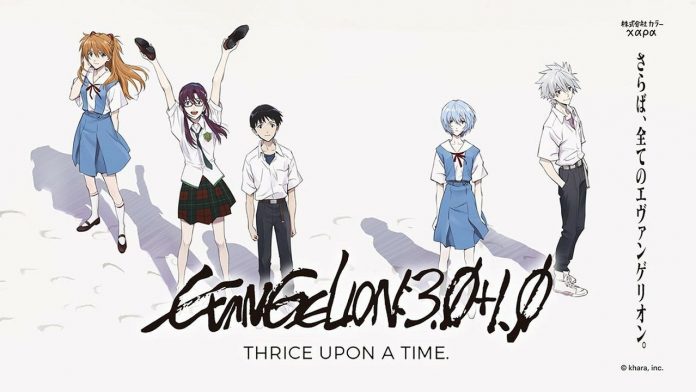 Evangelion 3.0 + 1.0 continues to dominate the Japanese box office, with the fifth weekend in a row in first position and a new official record for IMAX takings, equal to 81 million yen (approximately € 620,000) during the first day in cinemas alone. Toho made the numbers official a few hours ago, also confirming that the total is 7.5 billion yen.

In particular, Evangelion 3.0 + 1.0 grossed a total of 7.43 billion yen (Approximately € 57 million) in five weeks, snatching 4.84 million tickets. Over the past weekend, the film recorded revenues of 265 million yen (approximately € 2 million), less than the 350 million of last week, but still enough to maintain the top position at the box office.

Other partygoers include live-action Signal: The Movie, now in second position after a fourth place debut, Monster Hunter by Paul WS Anderson, still in third position after three weeks, e Demon Slayer: Mugen Train, now in the Top 5 for six months. The Demon Slayer movie in particular briefly returned to second place last week, only to slip back into fourth over the last weekend. After twenty-six weeks in theaters, this is an exceptional result.

READ:  What Is English 5.1 On Netflix

Going back to Evangelion 3.0 + 1.0, Khara’s latest effort is now the most prolific of the series both at home and internationally, as total earnings in Japan have already surpassed Evangelion 3.0 You Can (Not) Redo globally. With Covid underway, this is a decidedly impressive result.

In Italy for the moment no release information has yet been shared, but at this point it is more likely that the film will arrive in home video edition rather than in theaters. Khara has also recently released a documentary on the creation of the film, then the possibility of a bundle with film and documentary seems the most plausible choice.