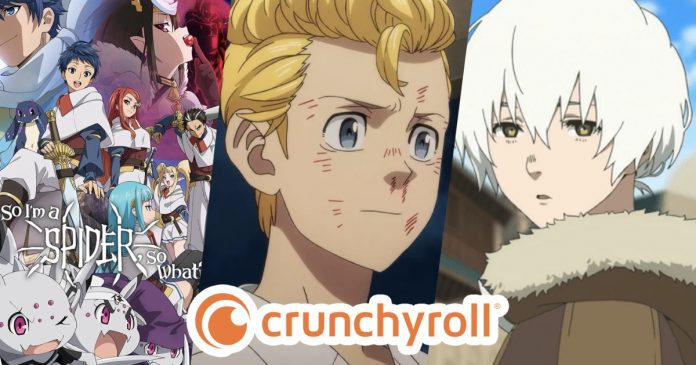 Crunchyroll is a streaming platform specialized in anime. Here you can find a great variety of series with completely legal subtitles and dubbing. Every year we have premieres linked to the seasons. From April to June 2021, the titles of spring 2021 and 4 of them will have dubbing.

The dubbing available on the streaming platform, it has languages ​​such as Spanish, Portuguese, English, French and German. The Truth News It shares with you the list of premieres that are added to this catalog. Also, you should know that none of these releases have a confirmed release date:

Tokyo Revengers (one of the most anticipated) is now available on Crunchyroll, in its original Japanese language and subtitles. Its premiere was well received by Internet users and the production is in the hands of LIDENFILMS. It is an action-packed school drama that also features original manga and an upcoming live action adaptation.

Another anime that deserves your attention is Fumetsu no Anata e, also known with its English title “To Your Eternity”. It is an adaptation of the manga created by the same author of A Silent Voice, whose adaptation to the big screen became the most watched romance and drama titles in 2016.

Recently, it was announced that the hits Re:ZERO Starting Life in Another World, as well as the first edition of That Time I Got Reincarnated as a Slime Y The Rising of the Shield HeroThey will have their episodes with dubbing into Spanish, Portuguese and French.

Crunchyroll y Funimation little by little they enter Latin dubbing in series like Shingeki no Kyojin, Kimetsu no Yaiba and more. Due to the above, fans can already find a wide variety of titles in their preferred language. What do you think of these simulcast releases? Do you prefer subtitles or dubbing?