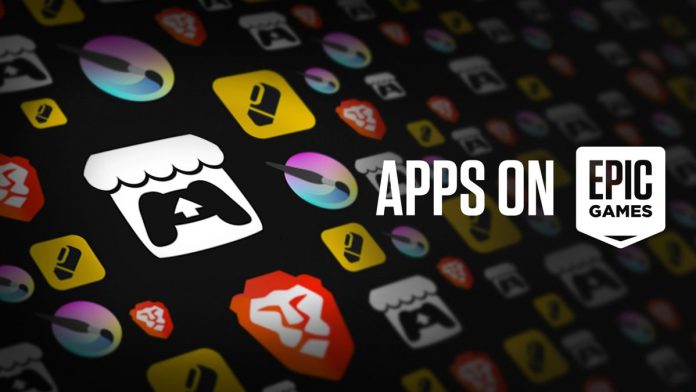 Epic Games Store is expanding its offering of PC applications. Starting today, store users can download apps like the independent store Itch.io, the Brave internet browser, or even iHeartRadio. All of them, directly from the digital store de Epic.

Additionally, Epic already offers apps like Spotify through the Epic Games Store, which means that users they can download the Spotify PC client directly from Epic rather than through the official Spotify page.

These new applications include Itchi.io, a DRM-free digital store focused on indie games where developers can sell games and set their own prices and revenue share. Many games sold through Itch.io they are also based on the “pay what you want” pricing model. If you have games you are working on, too you can set up a store page and sell your games directly in Itch.io.

Other apps include Brave, a Chromium web browser with a focus on privacy. Brave comes with built-in ad blockers and players can send cryptocurrency contributions to web pages if they want it. There’s also the KenShape 3D art app and the Krita digital painting app.

READ:  Dragon Ball: Vegeta and his voice actor challenge Godzilla in a Tweet

Another app coming to the Epic Games Store is iHeartRadio, but will only be available in North America for now. The free music and podcast streaming app gives users access to thousands of live radio stations along with playlists customized for music and podcasts.

Finally, Epic will also have its first application offering with Spotify, to give Fortnite Crew members three free months of Spotify Premium. Fortnite Crew is a monthly subscription service that offers members a Free Battle Pass, 1.00 V-Bucks every month and exclusive outfits and cosmetics.

Epic says that will offer more applications in the future, and points to Epic’s growing ambitions beyond just offering a digital game store. With more apps, it seems like Epic is entering Apple territory, just as the legal battle between Epic and Apple continues.