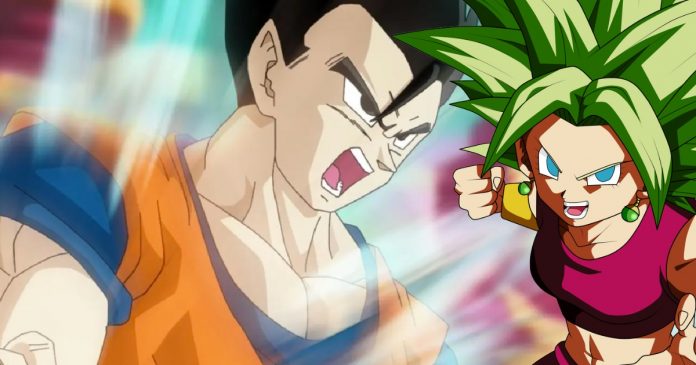 One of the harshest criticisms of Dragon Ball Super, is to have put aside Gohan, now almost known as a mere minor character. There are not a few fans who hope to see the young hero back on the battlefield, with the focus on him, in an exciting new fight.

A fan, a certain Allex, he accepted the call with great pleasure and after almost two months of work he was able to launch his fan-animation on the net in which he imagined a fight between Gohan and Kefla; the powerful fusion of Kale and Caufila through the Pothala Earrings of the Kaio-shin Huwa.

The result in question, which can be admired in the video about 2 minutes below, was really highly appreciated by the fans, thanks to the dynamism of the scenes and the excellent choreographic performance of the fight. What’s more, The Truth News shares a second clip complete with audio that further revitalizes the animation:

After all, there are many who hope to see the son of goku as the protagonist again, some fans have even reinterpreted him as the main character in Dragon Ball Super: Broly. Do you think this return will be possible for Gohan?

We can only hope that in the future of Dragon Ball Super, young Gohan can once again support his father, perhaps in a partially dedicated saga that, in fact, would also help the work to be renewed. What do you think of this incredible result achieved by the animator, do you like it?

Although the manga of Akira Toriyama Y Toyotaro continues to publish new chapters every month, there is still no news about a continuation for its adaptation of anime. Toei Animation It seems not to focus on Dragon Ball Super at the moment and the best thing to do is be patient; since the series has arcs ready for the small screen.