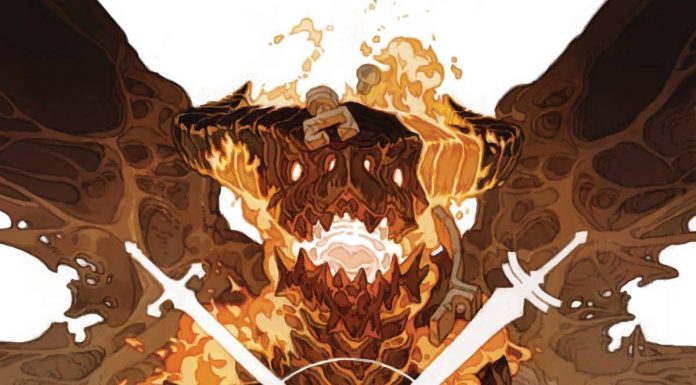 A few days ago the first of the three volumes announced by the Dark Horse Comics publisher for the series was published Dragon Age: Dark Fortress, and in a recent interview given by Comicbook.com reporters, authors Nunzio DeFilippis and Christina Weir discussed the characters, history and even the future of the series created by BioWare.

As confirmed by the post at the bottom of the page, Dragon Age Dark Fortress is in effect a sequel to the events told in Blue Wraith, and will focus on some of the characters already met, including of course Fenris. The second and third volumes are respectively scheduled for April 28 and May 26, and before the conclusion of this new miniseries, the authors have revealed some interesting information. on the development of the story and also on the future of the franchise.

Five topics were discussed during the interview, starting from the management of such a vast and multifaceted party, like the one seen in Blue Wraith. As said by Weir in Dark Fortress they tried to bring them together and give to each of them the right space within the narrative, and therefore not to follow the decision made in Blue Wraith, or to divide them into two groups.

The second question was about the favorite character of both writers. DeFilippis immediately made the name of Vaea, the thieving elf who accompanies the knight Ser Aaron Hawthorne everywhere, while Weir preferred Francesca, who initially presented as an obstacle, an opposition to the protagonists, then turned out to be a great character in Blue Wraith.

The third point focused on the Dark Fortress miniseries, which was summed up, without major spoilers, by Weir herself: “Volume 1 is about understanding how to enter the Castellum Tenebris, which it requires the face-to-face encounter between Fenris and the heir of House Danarius. The second volume shows the entry into the Castellum, and the attempt to stop the ritual in time. And volume three is the big battle when the protagonists get there. ”

The fourth question asked the authors was about the reaction they would have if one of the characters introduced in the comic series appeared in the next video game in the series, and of course they both replied that they would be honored, despite continuing to think that Fenris and the others will remain in print only.

Eventually the future was discussed, and of course DeFilippis and Weir showed their interest in continuing work on certain characters, such as the idea of ​​further exploring Fenris’ memories of his time in Kirkwall, and both confirmed that the Dark Fortress ending could open interesting developments to continue the story, but currently both BioWare and Dark Horse have not announced new projects in this area.

Recall that Dark Horse has also announced a new series dedicated to The Witcher, and we leave you to a recent concept art of BioWare for Dragon Age 4.