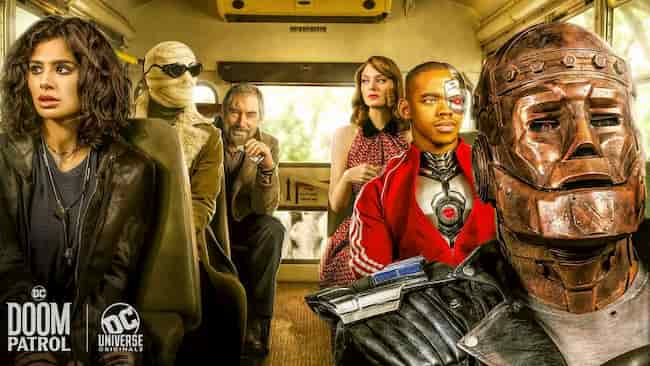 Doom Patrol’s official Twitter account trolls Marvel Studios after Warner Bros. did pull off a successful virtual convention about DC FanDome. Fans are currently trying to figure out what is going on currently.

Well, fans must know that the official account of one of the most popular American web television series, “Doom Patrol” is trolling Marvel Studios after DC FanDome. As you all know, Warner Bro. did execute their own virtual convention after skipping the San Diego Comic-Con this year. Also, the best thing is that the entire event was amazing and full of surprises for fans. The event rather makes it effective enough to make it a gold standard for all the online gatherings.

Going through such news will surely make the MCU fans wonder if Kevin Feige and his team are going to do something for their base. DC FanDome was originally set to have a one-day affair but eventually, it was divided into two parts. The first half of the event did take place last Saturday and it was focussing on the big-screen projects. Meanwhile, the next half of DC FanDome has a schedule for September. The second half will be all about going in-depth for the TV shows. It is more like the cast and crew members will discuss on stage about what fans can expect from the upcoming TV shows.

Following the success of DC FanDome, all the MCU fans are hoping to have something similar. One follower did bring this up on his Twitter account which did catch the attention of Doom Patrol’s official account. The official account of Doom Patrol did decide to make a mockery of that post by one of MCU’s followers. Doom Patrol is trolling Marvel Studios mentioning “Marvel Studios Are You Hearing This, Let Them Come With Their Best Effort.”

MCU fans are raging with anger and some fans are commenting on that post to mention that why Doom Patrol is dragging MCU in all this when it is all about DC FanDome. Meanwhile, some fans say that they simply want something similar to what DC fans are getting. There are no intentions of fans for picking a fight or mocking one another. Fans are hoping that MCU will do something bigger like the DC FanDome event. Let us hope that MCU fans will also get the opportunity to be a witness to an amazing extraordinary MCU event.