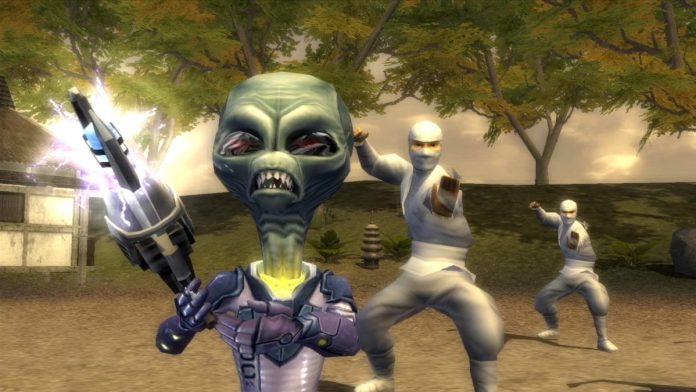 If last month we echoed a possible remake on the way to Destroy All Humans! 2 Through a small wink at the end of the Steam trailer of the first game (remastered), now there is more “evidence” that indicates that we are facing something that should not take long to confirm.

The information comes from the Twitter account Destroy All Humans! Tribute, according to which the video game company Black Forest Games is already working on a game under the pseudonym Project Cattleproud 2. “In an image shared by the Twitter account, you can see the project logo … and it turns out that the The typography and the general appearance are very similar to those of Destroy All Humans! º In addition, it talks about the powers of the protagonist, and is strongly reminiscent of what we know about Crypto-138.

Work has resumed for some time at @BlackForestTeam Studio. Some details, about their mysterious “Project Cattleprod 2”, are now a little clearer. A concept-art has even been presented to rise the tease!
For more info: https://t.co/ysnJLuIcwf
©Screenshot Black Forest Games GmbH pic.twitter.com/G1Kk8PRE8r

Yes, it could be a guess. But as recounted in Comicbook, it’s a pretty big coincidence in many ways.

READ:  BMW iNext Theory Starts Making Next Year With Up To 600 hp

In this series, the original games are from the PS2 era (and their 128-bit aesthetic proves it) and they had a great reception and a lot of sense of humor. We hope to continue enjoying it, and more now on the new consoles (and PC, of ​​course).