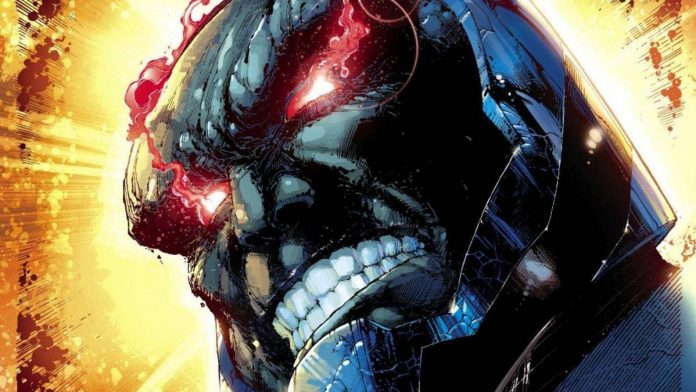 New Gods, the Ava DuVernay film and The TrenchThe James Wan spin-off of Aquaman has been canceled by Warner Bros. and DC Films, according to The Hollywood Reporter.

“As part of our DC releases, some of our movies like New Gods and The Trench are not going ahead,” Warner Bros. and DC said in a statement to THR. “We are very grateful to our colleagues Ava DuVernay, Tom King, James Wan and Peter Safran for their collaboration in this process and we look forward to continuing to collaborate with them on other DC productions. The projects will remain in their hands if they move forward in the future.

“Tom, I have loved writing NEW GODS with you” he wrote. “I’m upset that the saga of Barda, Scott, Granny, HIghfater and The Furies ends like this. Delving into Kirby’s Fourth World has been the adventure of my life. I can’t let it go. Thank you for your friendship. And remember … #Darkseidls. ”

Tom, I loved writing NEW GODS with you. I’m upset that the saga of Barda, Scott, Granny, Highfather and The Furies ends this way. Diving into Kirby’s Fourth World was the adventure of a lifetime. That can’t be taken away. Thank you for your friendship. And remember… #DarkseidIs pic.twitter.com/XyyIjcB8Wv

King has said something similar when he has given his opinion on the cancellation of the project and thanked DuVernay for his work.

READ:  My Hero Academia: All Might comes to Deadpool's rescue in this official crossover

“Ava! I’m so proud of the work we’ve done. It’s been great to see you bring back your passion and talent for these characters,” King tweeted. “I really felt that Kirby’s legacy was being honored and I wish we would continue. That Barda / Scott scene was … damn.”

Ava! I’m so incredibly proud of the work we did, it was such a joy seeing you bring your passion and talent to these characters. I really felt Kirby’s legacy was being honored here and I wish we could’ve kept going. That one Barda/Scott scene where…damn.

Although the projects are “frozen” for the moment, THR sources indicate that DC Films and the warner leave the door open for future adaptations. Both companies felt that the two films did not add up in the coming years of superhero deliveries and have preferred to leave them in limbo.

DuVernay (Selma, Scanal) was going to work with the writer Tom King (Vision, batman) in Nuew Gods, a group of people with super powers that emerge after the destruction of the classic gods. DuVernay continues to work on Naomi’s (DC’s) series for the CW.