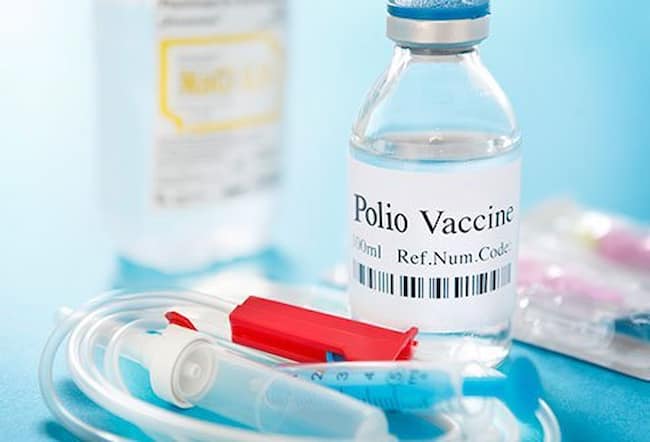 Polio is caused by a virus that lives in the throat and intestines. The virus is spread when an infected person coughs, sneezes, or drools. It can also be spread through contact with an infected person’s feces (poop).

There is no specific treatment for polio. Instead, treatment focuses on relieving symptoms and supporting the patient.

How to prevent polio:

Vaccines are the best way to prevent polio. The Polio vaccine is given in a series of shots. The first shot is usually given at two months of age and the second between 4 to 6 months of age or before 18 months of age. A child should get another dose when they are 4 to 6 years old and again as a teen.

Adults may need booster shots if they haven’t been vaccinated in more than ten years. In addition, all children must get up-to-date vaccines before traveling, including the polio vaccine.

Prevention tips for avoiding the spread of polio:

– Wash your hands often with soap and water or an alcohol-based hand cleaner.

– Avoid contact with anyone who has the virus (if possible).

– Stay home when you are sick, especially if you have a fever or an upset stomach.

– Tell your doctor or health care provider if you are taking care of someone who has the virus so that precautions can be taken to protect other people in your household and community.

How is polio diagnosed?

A physical examination may show decreased muscle tone, pain, and severe muscle weakness (paralysis). The doctor will also do lab tests to confirm whether the illness is polio. A vaccine history may be helpful, but it is not necessary for making the diagnosis. Magnetic resonance imaging (MRI) scans show damage within the spinal cord caused by the poliovirus.

Where is the best place for a patient with polio to be treated?

A person with polio should be treated in isolation (quarantined) until they stop shedding the poliovirus. Any people who may have been exposed to the virus while the patient is excreting it should also receive preventive treatment with an oral vaccine or injection of human immune globulin. The advantages and disadvantages of both methods should be discussed carefully with the caregiver and decision based on:

Is the poliovirus still a problem in the United States?

Polio was eliminated from the United States in 1979, but cases can still occur in travelers who have been to countries where polio is still common. In addition, in rare cases, the virus can be spread from person to person. The last point of wild poliovirus in the United States was reported in 1993.

However, it’s important to remember that polio can still be a problem in other parts of the world. For example, there were more than 350,000 cases of polio worldwide in 2013.

What is post-polio syndrome?

Post-polio syndrome (PS) is a condition that can develop years after an initial attack of paralytic poliomyelitis. It occurs immediately after recovery from an acute disease attack in some rare cases. The symptoms of PS include pain and increased weakness in muscles previously affected by the polio infection.

This may happen as long as 50 years after a person recovers from their first episode of polio paralysis. These new problems may be more severe than those found among people with other late effects of polio.

People can become infected with poliovirus if they:

The symptoms of can vary significantly from mild to severe. About 1 in 4 people infected with poliovirus will have only mild symptoms, such as a fever, tiredness, and headache. These people will usually recover completely.

About 1 in 4 people who become infected with poliovirus will develop more severe symptoms.

These people may have:

• stiffness in the neck and back

People who develop paralysis may never walk again, even with treatment. Unfortunately, there is no cure for polio, but treatments available can help improve the quality of life for people.

There is no cure for polio, but treatments available can help improve the quality of life for people. Treatment options include:

• Occupational therapy to help a person learn how to do everyday tasks, such as dressing, bathing, and using the toilet, independently

• Assistive devices, such as wheelchairs, braces, and canes, to help a person with mobility problems

• Speech therapy to help a person with speech problems

READ:  Stomach Acidity And its Treatment

Vaccination with either oral or inactivated polio vaccines can prevent most kinds of paralysis caused by wild polioviruses among children under five years old and adults who are not already immune. In addition, the two types of vaccines do not interfere with each other.

For example, if there was an outbreak of polio in a country where OPV isn’t available, people could still be protected using IPV instead. However, it’s unlikely that all people will contact wild poliovirus, so both vaccines are still recommended.

Poliovirus is a very tiny germ that quickly spreads from person to person through contact with the stool (bowel movements) or saliva (spit) of an infected person. Sometimes it travels through the air when a sick person coughs or sneezes nearby, allowing other people to breathe it in and become ill. Symptoms usually appear about 4-21 days after a child has been exposed to a case of polio. But officials cannot know who will develop these symptoms and who won’t.

The virus invades the body through the mouth, attaches itself to cells that line the small intestine, and begins to multiply. It can take one to two weeks after exposure for symptoms to develop.

Not everyone who contracts polio will become, however, ink. In about 3% of cases, the virus travels from the intestines to the spinal cord, where it can damage nerve cells and cause paralysis. In addition, polio is more likely to cause paralysis in children than adults. This may be because their immune systems are not as robust as adults.

There is no cure for polio, but treatments available can help improve the quality of life for people who have it, such as physical therapy and speech their addition, vaccination action with either oral or inactivated polio vaccines can prevent most cases of paralysis caused by wild polioviruses among children under five years old and adults who are not already immune.

causes of polio in Nigeria:

Wild polioviruses are found in an infected person’s stool (bowel movements) or saliva, usually someone sick with polio. Sometimes it travels through the air when a sick person coughs or sneezes nearby, allowing other people to breathe it in and become ill.

The virus enters the body through the mouth, moves to cells that line the intestine, and multiply. It can take 1-2 weeks after exposure for symptoms to develop.

Not everyone who contracts polio will become sick. However, in about 3% of cases, the virus travels from the intestines to the spinal cord, where it can damage nerve cells and cause paralysis. Polio is more likely to cause paralysis in children than adults because their immune systems are weak.

When a child is immunized, their body produces antibodies against the poliovirus, which will prevent future infections with wild polioviruses. Suppose someone has already been infected by polio and their body does not produce enough antibodies to fight the virus.

In that case, they can still benefit from post-exposure vaccination (PEP) or taking oral vaccine after contact with the virus. The vaccine may also be given to previously vaccinated people but need protection again because of re-exposure to poliovirus through travel abroad, for example.

vaccination for poliomyelitis in Nigeria:

Inactivated polio vaccine (IPV) is used in some countries instead of OPV, rarely used in the United States. It’s a shot given by needle, usually in the arm muscle, containing killed (inactivated) polioviruses. A person who receives IPV will develop immunity (protection) against polio.

The oral polio vaccine (OPV) is the most commonly used to prevent polio. OPV is a drink that contains weakened (attenuated) polioviruses. When a person drinks OPV, the viruses enter the body and multiply.

As they do, the person’s immune system produces antibodies against the poliovirus. Therefore, if someone is exposed to wild polioviruses, their immune system may fight off the infection because of the immunity produced by OPV.

The oral polio vaccine is the only vaccine used to fight polio outbreaks. It’s also used in countries with high vaccination rates because it works very well at stopping disease outbreaks. When appropriately given, OPV has a one-time efficacy (effectiveness) rate of about 95%, meaning that 95% of people who receive two doses of OPV will be protected against polio.

symptoms and causes of polio:

Polio is a severe disease that can cause paralysis. It’s caused by a virus that lives in the intestine and is spread through contact with the stool or saliva of an infected person.

The virus enters the body through the mouth and moves to cells lining the intestine. From there, it can travel to the spinal cord and cause paralysis. Polio is more likely to cause paralysis in children than adults because their immune systems are weak.

There is no cure for polio, but treatments available can help improve the quality of life for people who have it, such as physical therapy and speech therapy. In addition, vaccination with either oral or inactivated polio vaccines can prevent most cases of paralysis caused by wild polioviruses.

There are three types of polio:

1. Spinal polio is the most severe type. It can cause paralysis in the arms, legs, or both. This type of polio is caused by the poliovirus entering the body through the nose and throat and moving to the spinal cord.

2. Bulbar polio is less common than spinal polio, but it’s also more severe. It can cause paralysis in the muscles that control breathing and swallowing. This type of polio is caused by the poliovirus entering the body through the mouth and moving to the brain stem.

3. Non-paralytic polio is the most common type of polio. It’s usually a milder illness that causes fever, headache, vomiting, and a sore throat. About a third of people who have this type of polio will also experience muscle pain and stiffness in the neck, back, and limbs for a couple of days after recovering from the illness. 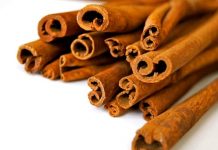