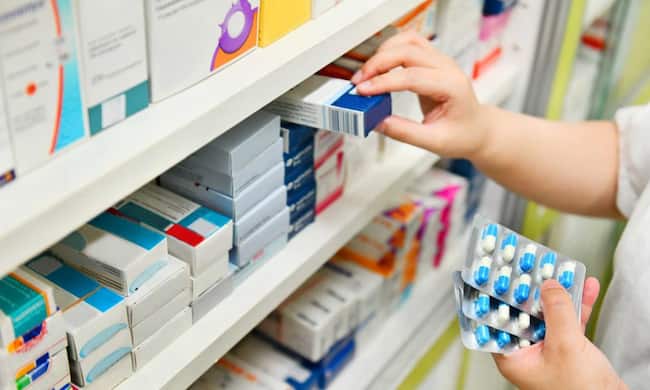 The most common causes of albuminuria are as follows:

Renal diseases such as glomerulonephritis, diabetic nephropathy, chronic pyelonephritis, and renal infarction have been reported to cause albuminuria. Tubular damage seen with diabetes mellitus appears to be a significant risk factor for developing microalbuminuria and eventually albuminuria.

In addition, there is a proven association between the level of urinary albumin excretion or microalbuminuria and long-term adverse cardiovascular events in diabetic patients. The underlying mechanisms remain poorly understood but may include endothelial dysfunction due to hyperglycemia, oxidative stress, and advanced glycation end products.

Renal diseases due to genetic disorders are another cause of albuminuria.

Systemic diseases such as hypertension, cardiovascular disease, chronic inflammatory conditions also affect the kidneys and result in microalbuminuria or even albuminuria. It is estimated that 40% of febrile children with acute pyelonephritis have raised serum creatinine levels because of severe renal impairment resulting from tubular damage and pre-existing reduced kidney function.

Other causes include hyperthyroidism, postural hypotension, and nephrotic syndrome (NS). NS is characterized by low plasma volume leading to decreased renal perfusion, resulting in a decline of glomerular filtration rate and renal hyperperfusion. This results in an increase of protein loss into the urine and a detectable rise in albuminuria.

Several drugs such as nonsteroidal anti-inflammatory agents (NSAIDs), caffeine, etomidate, ciprofloxacin, and furosemide can cause nephrotoxicity and lead to the development of microalbuminuria or even albuminuria. Although NSAIDs such as indomethacin, phenylbutazone, and sodium salicylate are associated with raised serum creatinine levels and increased urinary excretion of Albumin, this has not been observed consistently.

The clinical significance of microalbuminuria is determined mainly by its presence over time and by whether it becomes persistent at high levels. Evidence suggests that urinary albumin excretion rates correlate with cardiovascular disease risk more closely than does blood pressure or other known risk factors for cardiovascular disease.

Once renal damage occurs, urinary albumin excretion begins and is detected as microalbuminuria. Microalbuminuria can be diagnosed by measuring albumin concentrations in repeated urine samples; the standard upper limit of urinary albumin excretion rate (24-hour urinary total protein) is less than 30 mg/day. However, this often requires several samples to be taken over 2–3 days.

Alternatively, a single 24-hour urine collection for measuring albumin and creatinine concentration according to the Jaffe reaction may be requested; however, some laboratories do not perform this test routinely, and results may not always be reliable.

Chronic kidney disease is one of the most common issues in America. It can be inherited or develop later on in life because of long-term diabetes, high blood pressure, or some medications. Blood tests are typically used to diagnose chronic kidney disease by looking at how well your kidneys filter waste products from the blood.

The Albuminuria test, also known as proteinuria test, is another blood test that looks for Albumin—a type of protein produced by the liver that generally does not show up in the urine—and tracks its presence over time.

Albuminuria Treatment can help prevent further damage to your kidneys and slow down the progression of chronic renal failure. The presence of high levels of Albumin (protein) in urine has led to the formation of kidneys in patients, and they tend to aggravate in conditions like

3. Glomerulonephritis (inflammation of the tiny filtering units inside your kidneys)

5. Renal artery stenosis (narrowing of the main artery supplying blood to each kidney)

The best way to treat chronic renal failure is by taking good care of your diet, practicing regular exercise, maintaining a healthy weight, and getting annual checkups from your doctor so that early signs of chronic renal failure development can be detected at an early stage before any damage occurs.

READ:  What are The Causes of Water Collecting on The Lung?

There are different types of Albuminuria treatment diets depending on the condition. The typical amount of Albumin in the urine is about 2 to 5 grams per day for both men and women, but if you have more than that, then there is a reason to worry as it can indicate kidney damage or another health problem.

6 . Infections like Meningococcal Meningitis, Salmonella Typhi, etc., albuminuria treatment:- Many of the protein in urine contains a chemical called albumin and is produced by your liver. Remember that Albumin is an integral part of routine blood function, so when it shows up in your urine, there may be something wrong with your kidneys or another organ system in your body that allows this to happen to begin with.

Diabetic nephropathy (kidney disease) is one of the most common causes of end-stage renal failure, and it develops due to uncontrolled diabetes. Albuminuria treatment plan should be made according to patients with type I & II diabetes mellitus bordering uncontrolled glycemic levels. If you believe that Albumin has shown up in your urine, usually caused by kidney damage or another health condition, then it’s time to take action.

Diabetic nephropathy (kidney disease) is one of the most common causes of end-stage renal failure, and it develops due to uncontrolled diabetes.

READ:  Why A Low Fiber Diet Before Colonoscopy?

Albuminuria treatment plan should be made according to patients with type I & II diabetes mellitus bordering uncontrolled glycemic levels. If you believe that Albumin has shown up in your urine, usually caused by kidney damage or another health condition, what do you need to know about protein in your urine?

Albuminuria test is performed along with other tests like creatinine clearance rate estimation, 24-hour urine collection for creatinine clearance rate estimation. Albuminuria can be treated depending on its cause and severity. For example, if it is caused by uncontrolled high blood pressure, you will need to visit your doctor and work with him to develop a treatment plan that includes medications or procedures to reduce your blood pressure.

5. Swelling in the Legs and Feet albuminuria treatment:- Albuminuria treatment varies depending on its cause, but one common factor is to keep blood pressure under control which will decrease the chances of developing proteinuria again.

1. Newborn male or female: not detected in urine

3. Adult female: less than 150 mg/24 hours 4. Child 6-12 years old: 35-300 mg/day albuminuria treatment:- If you are finding protein in your urine, it’s essential to visit your doctor so they can prescribe the best course of treatment for you depending on the cause and severity of the protein in your urine.

Albuminuria can be treated depending on its cause and severity. For example, if it is caused by uncontrolled high blood pressure, you will need to visit your doctor and work with him to develop a treatment plan that includes medications or procedures to reduce your blood pressure.