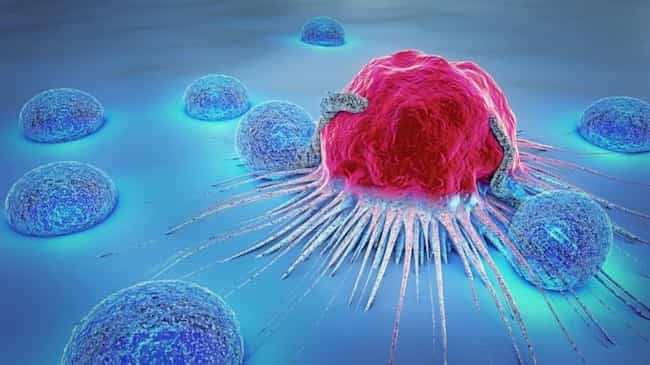 Cancer and Its Causes

Cancer is one of the most terrible diseases. Early detection and medication can stop its growth, but only an operation can remove it altogether.

Scientists have identified more than 100 substances that cause cancer in laboratory animals at some level of exposure: tobacco smoke, asbestos fibers, benzene, vinyl chloride, and many others. However, the human body contains millions of different chemicals, and we do not know what combination or amount might produce cancer.

This has led to a search for “the magic bullet,” a specific substance believed to cause all cancer in humans by itself. Many researchers still think this will be found someday, even though none has been found so far. There are probably thousands of different agents that affect the cells differently based on their unique genetic backgrounds.

The following are some of the causes of cancer:

1) Tobacco smoking, implicated as the primary cause of lung cancer.

2) Pollution by chemicals or radiation can damage cells leading to uncontrolled cell division that may lead to cancer.

3) Radiation exposure and certain viruses such as the human papillomavirus (HPV).

4) Some hormone levels in women:

Women who have more than one miscarriage, extensive oral contraceptives, and abnormally high estrogen levels during pregnancy have a slightly increased risk for cervical adenocarcinoma.

Long-term excessive drinking is an important cause of liver cell damage and may lead to liver cancer. Cirrhosis of the liver is due to extreme alcohol abuse, and bile duct cancer may result from chronic hepatitis B or hepatitis C infections.

Note also that when excess fat in the body gets broken down by the hormone-stimulated process called lipolysis (the breakdown of fat into chemicals), free fatty acids are formed, which cause damage to your DNA.

This genetic damage may lead to cancerous tumors in different parts of your body. The more obese you are, the more free fatty acids are produced by lipolysis, thereby increasing your risk.

Our diet has a powerful influence on our health, and cancer is no exception. Meat and dairy products provide us with high levels of saturated fats and cholesterol, damaging cell membranes and increasing the risk for some cancers. Processed meats such as bacon and hot dogs have been found to contain aromatic amines that may be cancer-promoting chemicals.

READ:  Benefits and Side Effects of Black Seed Oil

A strong link has also been found between the consumption of fried foods (French fries, chips)and the development of colon cancer. It is unclear whether this relationship is causal or reflects another factor such as iron deficiency anemia which might predispose people to colon cancer.

On the other hand, a diet rich in fruits and vegetables can reduce your risk. The antioxidant vitamins C and E may be particularly protective against certain cancers such as lung cancer, while carotenoids found in carrots, tomatoes, etc., may protect against prostate cancer.

Garlic is another food with anticarcinogenic properties. In our next article, we will look at a vital plant product called ” curcumin,” which holds real promise to prevent many types of cancer.

Cancer is a disease of the body in which some cells become abnormal and continue to grow uncontrollably.

Cancers of the reproductive organs include cancers of the ovaries, uterus, cervix uteri, vagina, and vulva. Cancers of the urinary system have the kidney, bladder, and urethra. The pancreas can be affected by pancreatic ductal adenocarcinoma.

There are two major classes of risk factors. The first class is called “environmental” and includes many exposures from toxins to radiation to chemicals. These environmental risk factors make up the largest group. Some examples are cigarette smoke, fried food, sun exposure, viruses (HPV), asbestos or coal dust, and air pollution containing crystalline silica particles.

The second primary class of risk factors is called “hereditary,” which means they are passed on genetically through chromosomes in each cell. Examples of this kind of risk factor include family history, Down syndrome, Bloom syndrome, some rare genetic conditions like neurofibromatosis type 1. Another hereditary gene-related risk factor is Li-Fraumeni syndrome which gives an individual a 70% chance of developing cancer.

The major preventable environmental factors were discovered first because the effects of these exposures are so easy to see. The remaining environmental factors are now known, but often they cannot be changed easily. They include radon gas, nitrates in drinking water, hormone replacement therapy, etc.

READ:  What is Bone Calcification?

what causes cancer in cells:

Just one damaged gene isn’t enough for cancer to develop; it usually takes several. The number of changes in a cell’s genome needed before it becomes cancerous varies by type of cancer, but typically 10-15 changes are required.

Cancer is the primary cause of death worldwide for men and women, accounting for 21% of deaths (or an estimated 6 million people each year). Lung cancer causes more deaths than any other type; about 1.3 million new cases are diagnosed each year (15% of all cancers), with about 80% found in developing countries.

The most common type, representing about 15% of lung cancer cases, is non-small cell lung carcinoma (NSCLC). Approximately 30% of people with NSCLC live for at least five years following their diagnosis and treatment. Of those who live longer than five years after diagnosis, the disease almost always comes back and causes death.

The two most common symptoms are coughing up blood and feeling tired all the time. Other symptoms can include chest pain, wheezing, shortness of breath, hoarseness, loss of appetite, weight loss or gain, bloody or watery stool or urine, bone pain, shoulder pain that doesn’t go away even when resting, etc.

Screening means looking for a disease in people without any symptoms. Screening can identify cancers at an early stage when treatments are more effective. But screening has its limits—it cannot find every cancer or tell how serious it is.

Blood tests can find specific protein markers for lung cancer; however, the expected number of false-positive results (from healthy people with no cancer) is high ( 10% ), which means many people would need to be screened to detect one case of lung cancer. The probability that these blood tests will falsely report that a person has lung cancer is low ( 2% ).

READ:  What Is A Fat Protein Efficient Diet?

Screening for lung cancer should only be done before age 60 in current smokers, former smokers who quit within the past 15 years, or anyone exposed to secondhand smoke, or in combination with cancer testing in people ages 55 to 74.

Reliable screening tests do not exist for people who have never smoked. People unsure if they have had lung cancer should see their doctor about getting screened.

Cancer disease is when the body’s cells divide without stopping and spread into surrounding tissues. It is not a specific illness; instead, it is any of several types of malignancies that affect the body. Even though cancer cells come from normal cells, they do not act like normal cells. They can invade other parts of the body and continue growing and dividing even if the original tumor is removed by surgery or destroyed by radiation therapy.

There are about 200 different types of cancer, each with its characteristics.  Many cancers form tumors (lumps); others such as leukemia do not form tumors but can significantly alter many healthy areas throughout the body; still others such as blood-borne cancers enter the bloodstream and spread throughout the body.  In addition to physical examinations, medical imaging techniques such as X-ray, MRI, CT scan, mammography helps doctors diagnose cancer in some cases.

Once cancer has formed a tumor, it may spread around the body through blood or lymph vessels by local invasion or distant metastasis. This will depend on how much of the leptin receptor is in different tissues (such as fat cells), which varies widely between people.

Metastatic growth factors are also involved; these include vascular endothelial growth factor (VEGF) and fibroblast growth factor (FGF). If primary tumors form metastases to nearby lymph nodes, it is named lymph nodes. It can then spread to other body parts through the lymphatic system or blood vessels.

Invasion and metastasis are responsible for about 90% of cancer deaths. Usually, cells that invade nearby organs are destroyed by immune reactions or do not reproduce significantly. Cancer cells produce in an uncontrolled way. They grow even if removed because their growth does not depend on it anymore. This is called pseudoprogression.