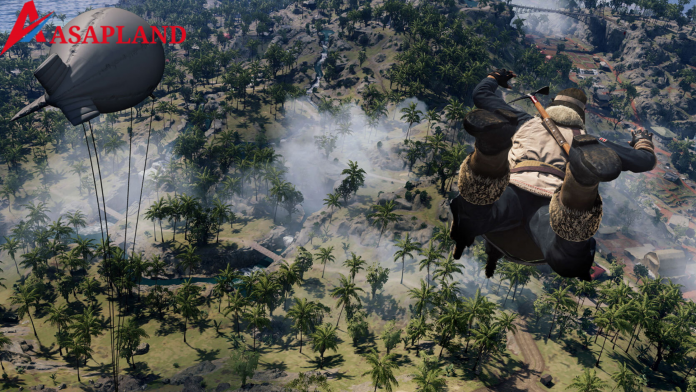 Season 1 of Warzone has come to an end after ten weeks of transitioning to the Pacific. The great Call of Duty battle royale is about to be poised to liven things up in February, after a series of delays that have made this one of the longest seasons yet.

The much-awaited Season 2 update has arrived, and it appears to have a lot more content than normal. There’s much to learn about, from map revisions on the controversial Caldera to ravaging new cars and motors, and everything in between.

Activision announced Tuesday that Season 2 of Call of Duty: Vanguard’s multiplayer, as well as Call of Duty: Warzone Pacific, will be released on February 14th.

When the action starts this weekend, players will be contending with a Nazi secret weapon and bringing down trudging armored trucks for enormous loot progress.

Nebula V, a form of poison gas that may enhance small guns in Call of Duty: Warzone Pacific, is the new weapon, as revealed in the quite gruesome lore trailer above.

Nebula V bombs can be utilized in area-denial tactics, causing a large amount of damage and a lasting gas cloud in a small radius. Nebula V ammo functions similarly to conventional ammo until it takes out an Operator.

Then, you guessed it. They release a toxic vapor cloud that hurts anyone attempting to revive them.

Nebula V Ammo, a field upgrade in Warzone with a deadly twist, contains the exact gas. Nebula V Ammo delivers no more damage than conventional ammo, and it does not allow shooters to launch an impromptu gas attack:

Instead, a player knocked out by ammo will release a cloud of vapor that will do damage to any adjacent players, including anyone attempting to resurrect their downed comrade, akin to Circle Collapse exposure.

This can result in coughing, blurred vision, and slight damage to a player’s life span or gas mask after a certain period.

When you navigate through the Warzone Pacific & Vanguard Season 2 Battle Pass, you can get the Whitley LMG. Tier 31 is where you’ll find this deadly weapon. This LMG, like the KG M40 Assault Rifle, may be obtained without spending any money.

Every seasonal patch adds new guns to free Battle Pass levels, allowing everyone to try out the new gear. This LMG comprises itself in the Tier 31 slot, as it has been in past seasons, and the KG M40 is in Tier 15, as well.

The Bomber Plane will be present in Warzone’s Vanguard modes. It is capable of taking out anti-air weaponry and even dropping loadouts.

As part of the next update, the new Bomber Plane and the prevailing Fighter Plane will decrease their using-time, making it simpler for players to crash them down.

The new Redeploy Balloon, on the other hand, allows you to move on the globe, though this comes with its own set of risks.

You can jump and manage your parachute to reach your desired location on the map after using a zip line to get to the top. Just keep in mind that the parachutes might burst. So, you may have to pay money to re-inflate them.