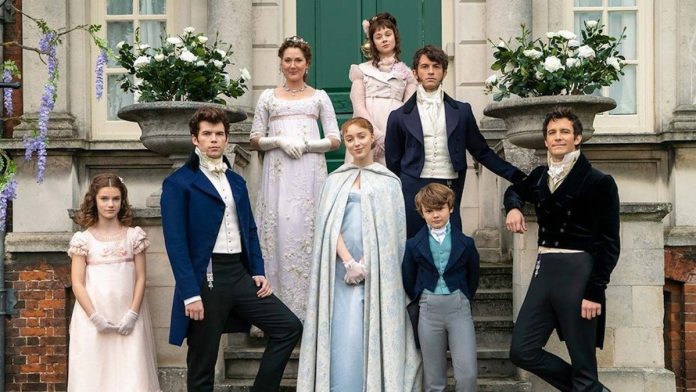 Netflix has already requested the production of two more seasons of BridgertonThe second season of the drama series is still in production.

The platform has shared the news of the third and fourth seasons of Bridgerton in a letter that has written nothing less than the very same Lady Whistledown (If you don’t understand the reference, you better watch the series), who has handwritten a note in the style of his frequent publications in London:

“Looks like we have a big announcement. Bridgerton will be back with a third and fourth season. Maybe this author would need to buy more ink …” 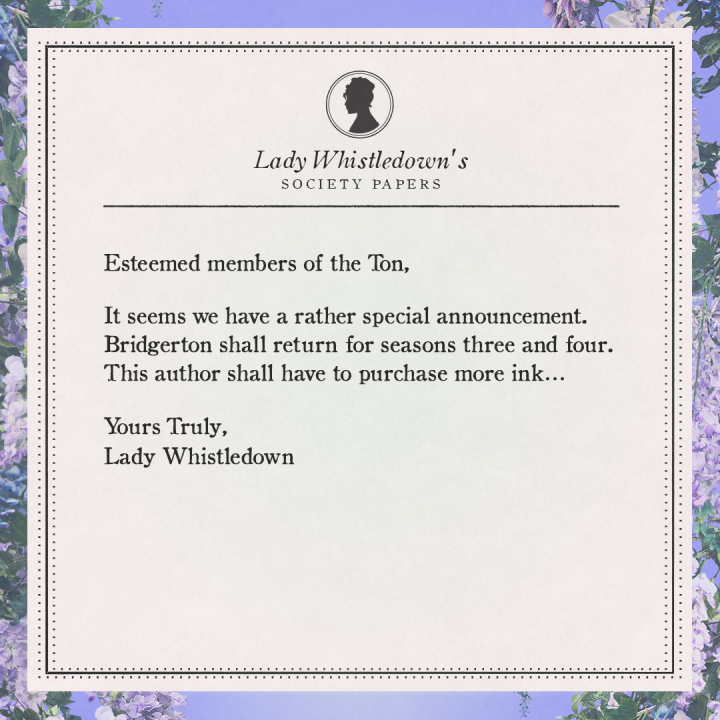 Shoda Rhimes, creator and producer of the series, has valued the renewal for two more seasons as a “great vote of confidence” to the series, which premiered on Netflix in December with a first season of 8 episodes that followed the adventures of Daphne Bridgerton while getting (or not) a married couple in the competitive London bond market.

This is excellent news for fans of the series and for the general public, with Bridgerton having been one of the most watched series on the platform and with the best ratings from the press. Of course, we remind you that Rege-Jean Page will no longer be in the second season (and we could anticipate and say that it is obvious that in the third or fourth we do not think we will see it) and that in addition to wanting to focus on his filmic side, the actor said that his part of the story only encompassed one season.