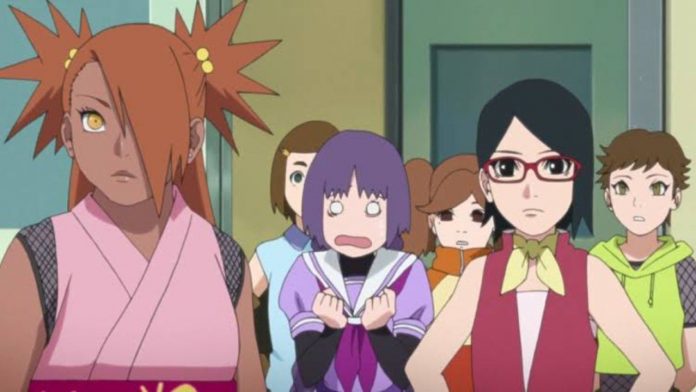 The anime of Boruto: Naruto Next Generations is completely focused on the figure of Kawaki, the mysterious boy who possesses the Karma seal and is wanted by the dangerous Kara Organization headed by Jigen. But let’s not forget that in the Naruto sequel there are numerous other protagonists, such as the female ones.

Although lately the series has relegated Sarada, Mitsuki and the new generation of the Leaf Village to the role of simple extras, focusing on Kawaki’s debut and the machinations of the Kara Organization, fans of Boruto: Naruto the Next Generations certainly haven’t forgotten about them.

While waiting for them to return to action, the young kunoichi of Konoha are at the center of a wonderful official illustration that celebrates spring and the Japanese Hanami, that is the cherry blossom.

Nell’artwork that you can see in the Tweet at the bottom of the article, Sarada Uchiha, Chocho Akimichi, Sumire and the three ninjas of Boruto’s Team 15, Namida, Wasabi and Tsubaki, have fun playing together during a picnic, surrounded by the iconic pink flowers.

This spectacular illustration was made by the Boruto: Naruto Next Generations team to celebrate one of the most spectacular events of the year in the land of the rising sun, cherry blossoms. The animated series of Boruto, meanwhile, has reached its peak, the adaptation is just perfect. Here is the horrible way Kawaki received Karma in Boruto.