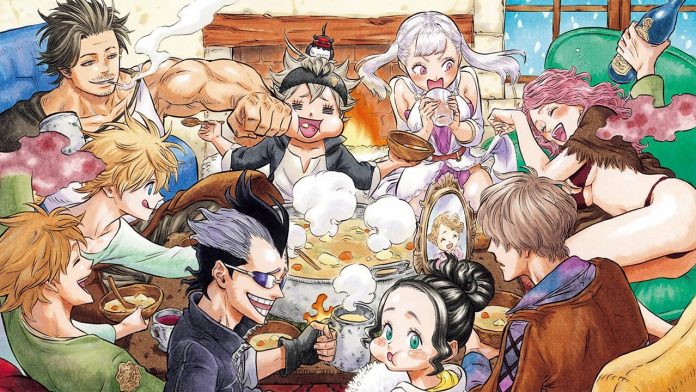 Almost all of the Black Clover protagonists seem to have taken part in the last battle against the kingdom of Swords. It is still difficult to understand what the final outcome will be considering all the players involved and the rapid evolution of the situation. However, there was still someone missing from the roll call.

Over the past few chapters, many of the magical knights of the Clover kingdom had successfully infiltrated the Dark Triad castle, while the Black Bull took longer to get around. The boys who had been defeated in Heart’s kingdom also trained and returned to the battlefield stronger than ever. Yet on appeal two characters that were very popular with Black Clover fans were missing.

As Asta goes wild in the castle against the two demons in Black Clover 289, nearby are Magna and Zora. Although not clearly shown on the face, the two are very recognizable for their particular silhouette. It was a long time since the magicians did not show up after having suffered several beats, including verbal ones. For the moment, the two have made a very fleeting appearance and relegated to a single cartoon, but inevitably in the next chapters of Black Clover they will make their definitive appearance alongside his companions and they will have to show what they have learned during these training days.

READ:  Cannes 2021 will open with 'Annette' by Leos Carax: we can already see the trailer for the long-awaited musical with Adam Driver and Marion Cotillard