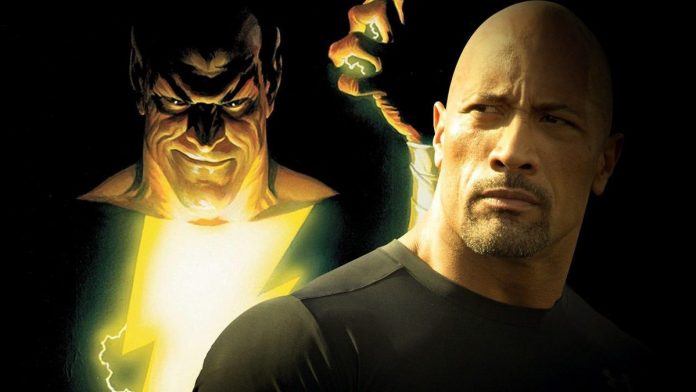 Dwayne “The Rock” Johnson has confirmed that the film’s production Black Adam, from DC, will begin this week. Although, yes, he has not specified a more specific day.

In any case, Johnson made the announcement this past Wednesday through his official Instagram account, where he showed himself as a “Black Adam listo”, sweating through his workout clothes. And the truth is, those thighs could very well be those of a real superhero.

“It is always the work we do in silence, when no one is looking, that changes the game”Johnson said. “Grateful for the routine (and the face of my warrior spirit always watching my back).”.

Black Adam is scheduled to premiere on July 29, 2022, which will give the production team a little over a year for filming to wrap up. All of that, of course, assuming the COVID-19 restrictions don’t delay anything else.

On the other hand, it is interesting to note that Black Adam is currently planned as a theatrical-only release, which means that HBO is likely intending to disconnect its simultaneous release plan for certain movies from theaters on HBO Max.

READ:  Season 11 (2020) Review: the series says goodbye to the Gallaghers with a celebration in times of pandemic

As for the film itself, one of the franchise’s most popular James Bond actors, Pierce Brosnan, also joined the cast of Black Adam as Doctor Fate, along with actor Aldis Hodge (from The Invisible Man) as Hawkman.

Surely, this will not calm your desire to see Black Adam, but we remind you that while we wait for a new trailer (which should not be long in coming), it is always possible to revisit the preview of the film that was produced at the DC FanDome.