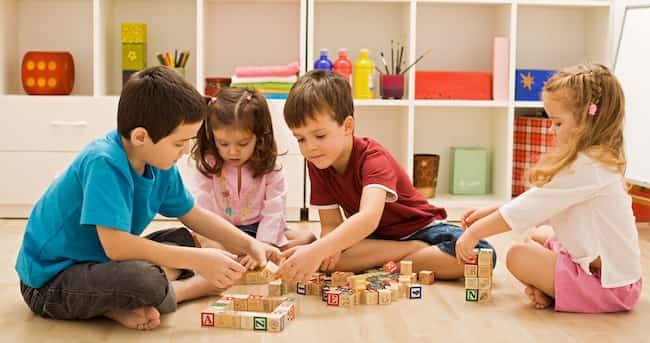 Benefits of Through Play

Through play, your child will be able to interact with other children in an unstructured environment, which may help them make new friendships at nursery or school.

Through play, your child will develop the ability to express their emotions and feelings through verbal expression, physical expression, and imaginative play. In addition, they will learn how to communicate these emotions effectively rather than using their fists!

The benefits of play are well documented in many studies- Dr. Sandra Kaplan’s study found that “Play helps children develop into healthy adults who are creative thinkers.”   Other benefits of through play include:-

The opportunity for your child to explore new experiences, sensations, and environments safely under your supervision. This includes exposure to different types of people, cultures, and languages when they are young.

when they play with toys in different ways, it helps them find out more about themselves. In addition, a child’s self-esteem tends to increase if they perceive themselves as successful in the game.  It also allows them to rehearse social skills that will help them throughout life.

Through play, children learn to manage strong emotions such as anger or frustration, not resort to aggressive behavior. For example, the first time your child hits another child, it might be an accident, or they might feel threatened.

If you, the parent, ignore this behavior, they will not have to learn how to deal with anger and frustration differently because there are no consequences for their actions. Instead, they may know that hitting others is an effective way of getting what they want.

Your child learns how to negotiate conflict situations through play- These types of skills may include sharing toys, negotiating who gets to use which toy, etc. It can also help them identify who has more power in the situation (i.e., if one child always lets another child win at whatever game they are playing).

Another great thing about the play is that it helps develop your child’s imagination and creativity.  A benefit of this is that they tend to be more open-minded, flexible, and less judgmental about things in life!

Through play, children can practice their gross (large muscle) motor skills such as running, jumping, throwing balls, or using playground equipment at the park.

Through play, your child will learn how to solve conflicts with other children if they are playing together by teaching them how to make compromises, talk through the situation and come up with an agreement to share whatever toy they were fighting over!

READ:  What Are The Side Effects of Going Vegan

During playtime, you get a chance to observe your child’s behavior without the distractions of schoolwork or household chores so you can be sure your child is getting along well with others and feeling confident.

Play makes your child happy! It’s a scientifically proven fact that children who play regularly tend to be more comfortable than those who don’t.  There are endless benefits to playing that will make you appreciate it as much as your child does!

Through play, children develop their fine (small muscle) motor skills such as holding a pencil or using cutlery at mealtimes, for example, which helps them lead independent lives as adults because they can cook their meals or do up their buttons without help from anyone else- the possibilities are endless!

Children learn through play how to take turns and learn about rules and appropriate and inappropriate behavior.  It also helps them learn how to be a good sport about losing or not getting everything they want all the time.

Through play, children develop their language skills, leading to better communication skills as adults! For example, they learn how to talk through their feelings instead of hitting another child when angry. For instance, you, the parent, might have ignored that behavior in the past.

Playtime gives your child a chance to bond with you as a parent because it allows you the opportunity to interact with them on a different level than usual- one where there are no distractions from other household chores or homework.

It’s an excellent way for you to be involved with their everyday lives and enjoy a moment of fun with them!  Just remember that it’s essential to be active by getting down on the floor and joining in on some of their playtime activities such as playing dress-up or house, for example.

Play helps your child develop new motor skills such as gross (large muscles) and fine (small muscles) movements, which give them an early head start in developing these valuable skills needed to do things like work with tools, draw and write; later on in life!

Through play, children learn how to interact with different types of people, which is necessary for them to succeed in school or at work one day where they will have many and need to know how to get along with them all.

Playtime is good for the brain because it gets the blood pumping to those important tiny cells that help your child learn, grow and develop into a healthy young adult one day!  This means that play has endless benefits for your child’s mind as well as their body!

Finally, play allows you, the parent, to sit back and watch your child be themselves without worrying about anything else (i.e., chores around the house).

READ:  Benefits of Quitting Caffeine and Protection Against Heart Disease

It’s like meditating without doing anything but observing!  The time will fly by before you know it, and your child will probably ask if they can do more playing or come up with something new to try out next time!

Disadvantages of learning through play:

1. It is not as educational as the other methods and should be used in conjunction with one of them.

2. Because children learn by doing, it should not teach concepts that should already be known before learning through play, such as language.

3. Learning through play only works for teaching positive behaviors. It doesn’t effectively show consequences for destructive behaviors or actions, so it must be used with another teaching, such as the time-out method.

4. A child’s imagination may suffer if he is constantly involved with lessons, and playtime becomes a chore instead of fun like it should always be. This can make a child more susceptible to bullying and depression because he lacks skills and thinks negatively about himself and others, leading to decreased self-esteem.

5. There is a risk of children becoming overweight if they play too long without moving around or running and having the energy to burn. They need physical activity to stay healthy, especially when they get older and less active than young.

6. It doesn’t teach social skills effectively, e.g., sharing or being nice to others. If the child misses out on these lessons, he may not become an amicable person later in life. In addition, it would be harder for him to make friends and settle down with somebody because he had nobody for role models growing up and could have turned into an introvert if he spent most of his childhood playing alone instead of with other children.

7. It can make young children too dependent on their parents and not function correctly in society if they go out and play by themselves like older children can or did when they grew up. It could affect them negatively because they will lack the social skills needed to get a job and keep it, talk with strangers, order food at restaurants, etc…

8. The child may not be exposed to enough opportunities to learn from mistakes when playing, so he doesn’t realize he needs personal responsibility for his actions which will affect him later in life since there’s no way around being held accountable for your actions when you grow up.

9. Parents have difficulty finding activities that both their children and themselves can share to spend time with each other.

10. The child may find his peers more fun than his parents and want to play with them instead of, so he doesn’t form a good relationship with the parent and will not learn how to talk about things that bother him or make him sad because they won’t be spending much time together if at all which could lead to miscommunication when growing up, bullying problems, trouble becoming independent from their parents later on in life, etc…

It also causes children who are emotionally neglected to become apathetic later on in life because they didn’t get enough emotional support from a source they could count on while growing up.

11. Although learning through play is based upon a child’s natural curiosity, it forces him to learn in the most comfortable way for children and not how adults would like them to.

Play is supposed to be fun, and if a child sees it as boring because of learning at the same time, then he won’t want anything to do with it and will end up feeling like his parents don’t understand or care about what he likes and want him to do something else instead that he dislikes.

12. Learning through play causes less frustration for children than when they are forced to do things they may not enjoy, so this way, you can avoid unnecessary tantrums when teaching lessons if you use this method alone.

13. A child may not develop writing or drawing skills properly if learning through play.

14. The child will not develop solid academic skills because he doesn’t practice them regularly, like completing assignments requiring homework or taking tests, etc…

15. When children play, they are more likely to become distracted and not learn the lesson correctly, which will affect their understanding of it later on in life when they must apply what they’ve learned at school to real-life situations where this skill is needed to make even the most minor decisions like if you need groceries, you must be able to read labels on food items, so you don’t buy something with sugar or any other harmful ingredient for your health instead, etc…

16. It may encourage laziness because children will notice how older kids don’t have much work associated with their time. So they may not push themselves as much as they need to to become successful because they will assume that it will all come naturally without much effort.

17. It wastes time, especially if you’re teaching three or more children at once, because the parent must divide his attention equally between every child, which means less attention for each of them. It can be exhausting to constantly monitor what they are doing/teaching instead of letting them go off and learn on their own as older children do.

It can also cause delays in learning lessons later in life when a child must absorb information that he spends too much time playing and misses out on essential details, etc… 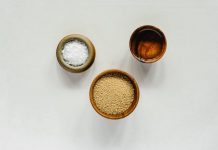 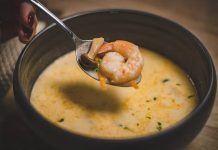