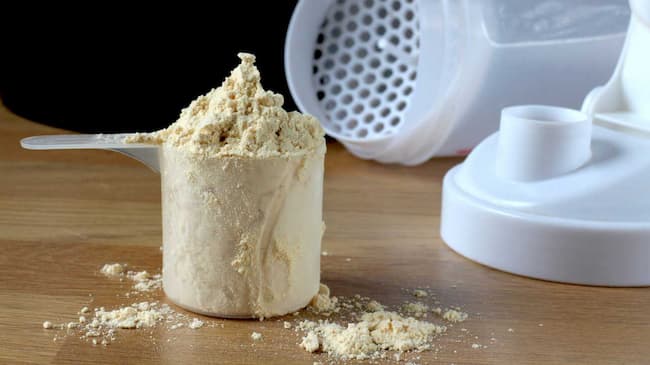 Creatine monohydrate is perhaps the most researched and potent supplement in strength sports. It has been shown to increase strength, power output, lean body mass, and even brain function. A cursory internet search on creatine will reveal a host of articles touting its benefits, so I am going to refrain from going over the same old ground here – except to say that it works!

The research backs up the real-world experience of many athletes. In fact, creatine was first used as a supplement by Olympic sprinters back in the 1970s who noted that their sprint times improved once they started taking it.

Since then thousands of athletes have been using creatine with great success – especially those involved in high-intensity power sports such as rugby league, boxing, and weightlifting.

With the increase in popularity of mixed martial arts (MMA) in recent years, creatine monohydrate has also become popular with MMA athletes. So much so that an increasing number of fighters are now using this supplement to help them train harder and perform better during their matches.

When to take creatine:

Creatine is naturally produced in the body and is found mostly in skeletal muscle. Creatine supplementation has become popular among athletes, especially football players, wrestlers, sprinters, and weightlifters. Creatine enhances the production of energy during high-intensity exercises such as lifting weights or sprinting.

The naturally occurring creatine – contained in meat and fish – provides a daily supply for most people. As a supplement, creatine increases energy levels and promotes lean tissue gains to enable greater training intensity and recovery.

Creatine supplements are available as pills or powders that you mix with water but they can be pricey, upwards of $5 per day if you take three 5-gram servings. That’s why more people have turned to create their own homemade no-frills creatine powder. It’s easy, cheap and has no fuss!

Creatine is naturally found in the body and helps to supply energy to all cells, primarily muscle. It’s also one of the most researched supplements on the market, with more than 1000 studies demonstrating its benefits.

Creatine can be consumed through dietary sources or through supplementation. When taking creatine – whether in powder or pill form – it will absorb over time into your muscles. The idea is that by supplementing this absorption you are able to train harder for longer periods of time, meaning greater gains!

Creatine does not cause the body to bulk up as some people believe, rather it aids in lean mass development. More importantly, though, creatine helps your body become more effective at utilizing oxygen during intense exercise.

what that means is that while under the influence of creatine, fat loss will be accelerated and you will be able to train at a higher intensity for longer periods of time. It also means more muscle endurance and faster post-exercise recovery!

When deciding what type of creatine supplement to use always go with micronized creatine monohydrate powder. This is the purest form of creatine that there is and is absorbed into the body at a faster rate than other types such as ethyl ester or liquid versions. Another benefit is that it can be mixed directly in your protein shake so it’s super easy to consume!

Consuming 5 grams of creatine daily is a good place to start. This can be broken up into 1-2 servings and should be consumed with food, such as a protein shake or tuna fish, for optimal absorption. Over time you may find that increasing or decreasing your dosage by an additional gram or two will benefit you the most depending on your goals and needs.

Creatine monohydrate isn’t for everyone so it’s vital that you cycle its use to give your body a break from it every now and again. If taken continuously there is an increased risk of kidney issues so giving your muscles some time off is important even though taking breaks will slow down the rate at which creatine builds up in the muscles. For this reason, we recommend taking creatine for a minimum of 4 months before taking a month off to allow its benefits to work in full.

Creatine’s benefits are apparent to any man who wants to improve his training performance. It gives you greater strength and muscle endurance which allows you to train longer and harder! More importantly, though, it helps your body become more efficient at utilizing oxygen during exercise – fat loss will be accelerated whilst working out on creatine.

Women have just as much to gain from taking creatine as men do. Studies show that creatine is beneficial for both genders because of its amazing ability to increase lean body mass while simultaneously improving the rate at which your body recovers after a workout! That means less time spent in the gym doing cardio on rest days…sweet! Creatine also promotes better energy levels throughout the day, enabling you to stay active and feel great.

What is creatine in the body:

Creatine is a substance that is produced naturally by the body and can also be found in some foods, primarily red meats. Its primary function within the body is to supply energy to all cells and it does so primarily within muscle tissue.

Creatine aids with protein production meaning that it helps you build lean mass as well as keeping your muscles healthy and less prone to injury. One of its main benefits for those looking to increase their performance though is its ability to help produce ATP (Adenosine Triphosphate) which acts as fuel for muscle contraction.

Creatine is the most powerful sports supplement on earth–period! This isn’t just hyperbole. Creatine really is one of the only supplements that has been proven to deliver real results. It’s safe, cheap, and effective. Here’s everything you need to know about creatine.

First, how does it work? We all have huge amounts of energy stored in our bodies through the ATP-CP system. This is your body’s instant energy source. It’s anaerobic, meaning that it can only be used when you’re not getting any oxygen to the muscles.

So, creatine gives you a boost of intense energy needed for short periods of time. You also have aerobic energy systems that use lungs and blood circulation to create long-term energy sources. These are great for endurance activities–but they aren’t nearly as powerful at giving you a boost fast!

In the same way, creatine is able to cause a rapid regeneration of ATP within your cells up to ten times faster than normal, giving you a major energy increase when you need it most.

Since creatine has been shown effective in helping athletes train harder and longer it has become one of the most popular sports supplements on earth. The only problem with creatine is that eventually, your body will stop producing as much of it naturally.

Most people are totally unaware of how much creatine they’re actually using when they take supplements. It’s not unusual for six-year-olds, athletes, and fitness enthusiasts to have a scoop that is ten times or more than what you’re supposed to have in one day!

So it’s essential that you understand the proper dosage of creatine:

Remember, just because something is safe doesn’t mean there isn’t too much of it. Excess vitamins can be harmful–even fatal! So make sure you follow these guidelines each time you take this awesome supplement.

READ:  How to Know if You Have a Cyst

Creatine Monohydrate Dosage To Maximize Results Starts by taking 3-5 grams (3,000mg – 5,000mg) daily anywhere from 2-6 weeks depending on your current fitness level, goals, and body type. To maintain the benefits of creatine after those initial weeks you will want to take 3-5 grams (3,000mg – 5,000mg) daily for 2-6 months. Your best bet is to discuss your options with your doctor or a nutritionist – remember; we’re all different and we don’t all need the same amount!

when to take creatine:

As far as when to take creatine, this is also simple. Since it’s an energy-boosting supplement you should take it right before or during your workout 45 minutes after your weight training session is a perfect time. This will ensure your muscles are fed with creatine in order to give you a little extra strength and endurance for those last few reps.

The only major reported side effects of creatine are muscle cramps in some users who don’t drink enough water with their creatine supplements. You can avoid these nasty cramps by making sure that you’re drinking plenty of fluids every day. Also, if you notice diarrhea or have any stomach discomfort when taking creatine then it would be wise to stop using this supplement immediately.

Creatine isn’t necessarily unsafe; it’s just not for everyone! Don’t let anyone convince you that creatine is harmless because taking too much of anything can be dangerous. This doesn’t mean you need to avoid supplements like creatine, it means you simply need to understand what your body needs and adjust your dosage accordingly.

What is creatine in the body:

Creatine is an organic acid that occurs naturally in the body and aids in supplying energy to all cells, primarily muscle. It helps promote cellular growth through enhanced regeneration of ATP (adenosine triphosphate) which is used for short bursts of intense energy.

Creatine’s major benefit to athletes is its ability to give muscles more power and endurance for activities that require short periods of intense activity. For bodybuilders, this means greater strength for more reps during sets at the gym giving you a good boost in lean muscle mass gains!

The average person maintains only two grams or less of creatine phosphate in their muscles at any given time; well below the five grams typically taken when supplementing with creatine hydrate powder. So your body can make more creatine from other non-essential amino acids, but you can also get it from red meats and some fish.