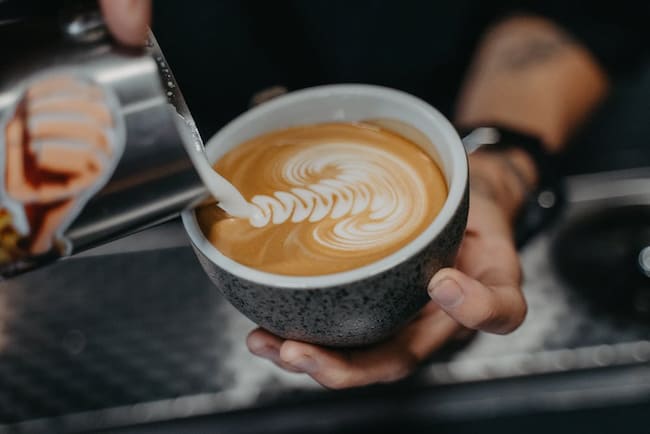 Coffee is a brewed drink prepared from roasted coffee beans. It is made using an infusion process in which water is passed through the coffee powder to produce a dark-colored infusion called Coffee, and it contains caffeine.

Coffee has been one of the most popular drinks in the world, and also in India. Indians enjoy drinking cup after cup of Hot and Fresh Coffee every day. Coffee’s effect on our health could be both good and bad for you; however, Coffee may help to reduce your risk of mortality, according to a new study published online by JAMA Internal Medicine.

This large prospective cohort study shows that subjects who drank three cups per day had the least risk of all causes of cardiovascular disease (CVD), Death from heart disease, Death from cancer, and all-cause mortality than those who drank less than one cup per day.

How Coffee reduces the risk of death:

coffee is the source of caffeine. The study shows an inverse association between coffee consumption and the risk of total mortality among men and women. Coffee might offer some health benefits to reduce the risk of early death.

Similarly, coffee drinkers also had a lower risk of serious cardiovascular events such as heart attacks or strokes than those who didn’t drink Coffee or hardly drank it at all (i.e., less than one cup each day).

Coffee offers more beneficial effects on liver function than other caffeinated drinks like soda since its chemical compounds (i.e., polyphenols) may help prevent liver inflammation and cirrhosis (i.e., scarring of the liver). Coffee can also reduce blood pressure in people with hypertension to a greater extent than other drinks like soda due to its rich antioxidants.

not all studies show that Coffee provides beneficial health effects, but some studies show that Coffee might negatively affect health. For example, drinking either caffeinated or decaffeinated might lead to adrenal insufficiency when this condition is pre-existing in the subject since it has been shown that caffeine interferes with your body’s ability to produce cortisol which is essential for good health, especially during stressful times.

READ:  Foods That Can Cause Throat Pain

In addition, too much caffeine from any source may increase the risk of insomnia (i.e., difficulty falling or staying asleep), anxiety disorder, or other psychiatric conditions if the caffeine intake is too high.

coffee can also positively affect our health; for example, coffee drinkers had a lower risk of mortality than those who didn’t drink it at all or hardly drank it at all (i.e., less than one cup each day).

This association was found in both men and women. Also, there were significant inverse associations between coffee drinking and coronary artery disease among both sexes. In contrast, an increase in coffee consumption by 2 cups per day was associated with a 28% reduced risk of stroke after five years compared with subjects who did not drink any coffee or drank rarely.

Coffee is known to be rich in magnesium which is essential for our health; in addition, Coffee reduces the risk of mortality due to its antioxidants in Coffee which may reduce oxidative stress and inflammation that can damage human cells and organs, especially when they are exposed to environmental toxins like cigarette smoke.

Moreover, it has been shown that drinking two or more cups of coffee each day (i.e., 6–8 cups per week) offers lower rates of depression than people who consume less than one cup per month.

Drinking Coffee regularly could reduce your risk of death from several diseases such as cardiovascular disease, heart attack, or stroke by 28% if you drink 2 cups each day compared with subjects who didn’t drink any coffee or hardly drank it. In addition, coffee drinkers had a lower risk of mortality than those who didn’t drink Coffee or hardly drank it at all (i.e., less than one cup each day).

READ:  What is a Lip Flip

As for the adverse effects of Coffee on health, drinking too much caffeine may result in several psychiatric problems like insomnia, anxiety disorder, and other psychiatric conditions, especially when you are already suffering from these diseases, but not only that; excessive caffeine intake also increases blood pressure which can cause a heart attack or stroke.

Benefits of Coffee for skin:

Coffee is perfect for the skin, and it is a lot better than some of the expensive beauty products. And it is all-natural; people would not even believe that Coffee has so many benefits to offer. Coffee itself tastes too good, and while we drink, we forget what other benefits Coffee has in store.

People usually do not know about the coffee bean because it is full of antioxidants. The antioxidant content in Coffee helps fight free radicals, which are responsible for causing premature skin aging. Not only this, but caffeinated beverages also help improve our skin tone and give a glow to our faces. Another excellent benefit of caffeine in general on the skin is its property of tightening loose muscles, thus helping reduce wrinkles.

Coffee is full of anti-inflammatory properties. Coffee can be applied to the skin to reduce redness and inflammation caused due to acne or pimples. This also helps in reducing fine lines caused by sun damage. Coffee is also beneficial in exfoliating our skin and making it glowing without any chemical help. Just scrub your face with ground coffee beans before bathing; this will remove all dirt and dead cells from the pores of your skin, leaving you with healthy toned skin.

Coffee is terrible and harmful to your skin as well. Let’s talk about the disadvantages of Coffee on the skin. It may cause acne and hyperpigmentation, which can be undesirable for individuals who care greatly about their looks. If you want Coffee on your face, drink them, not apply them.

Benefits of Coffee for hair:

People usually do not know that Coffee can also be applied externally to stimulate blood flow towards the scalp resulting in increased hair growth. It is nice to have your morning cup of Joe instead of going under a lengthy treatment session at a parlor. But still, if you want healthier-looking hair, please avoid excessive usage of caffeinated products. If you do not want to skip your Coffee in the morning, drink at least 1-2 cups and wait for one or two hours before going ahead with your usual shampoo session.

How much Coffee should we drink in a day:

Well, it does not matter how much coffee you drink as long as you stay away from caffeine and deliver maximum benefits of Coffee externally like scrubbing and massaging. But make sure that the particular product has no added preservatives or sugar because these ingredients can be very harmful when applied to the skin.

So if we talk about the benefits of Coffee for health, we see that people usually get addicted to caffeine. Still, they forget that it is also responsible for causing insomnia and restlessness. People who suffer from hypertension and heart-related problems should also avoid caffeine to increase blood pressure.