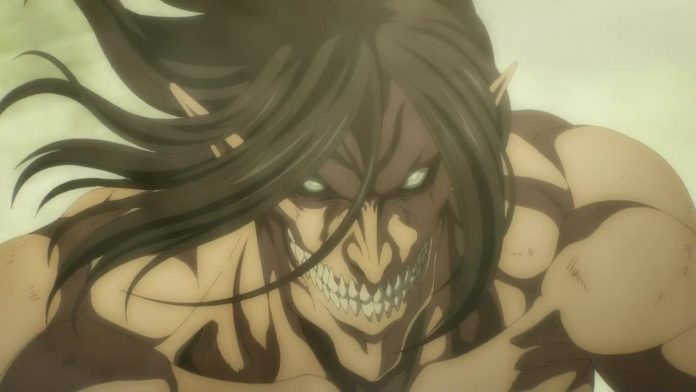 Ends The Attack of the Giants 4, at least for now. The Final Season of Attack on Titan returns in winter 2021 with the adaptation of the last chapters and leaves us like this, with the sixteenth episode: a real stab in the back. Not because it is a disappointing episode, far from it, but because it is built on a growing tension that explodes only at the end, and then ends up leaving us with the promise of giving us (only in a few months, unfortunately) an incredible final battle.

We are practically at the showdown: Zeke he let himself explode, triggering a Lightning Lance in a desperate gesture. The blast hit Levi, but for now the fate of the Captain of the Research Corps is unknown to us. After showing us the fate of Zeke, in fact, the episode focuses again on the conflict between Paradis and the Jaegerists. Eren’s now former companions are locked up in their cells and take advantage of the visit of Yelena (which, meanwhile, also keeps the leaders of the Paradis government in check, who have all swallowed the wine containing Zeke’s spinal fluid) to learn the true plan of Eren’s half-brother. They thus learn about Zeke’s warp on the phantom euthanasia of the Eldians, but there are still many questions that the work must answer: where does Zeke’s power to control other Titans with his spinal fluid derive from? And what really triggered Eren’s hellish transformation?

Meanwhile, the protagonist holds Gabi hostage and wants her to send a distress message to her fellow Marleyans to lure them to Paradis. But here it appears Pieck, infiltrated the island in an attempt to save Gabi and Falco. Unexpectedly, however, the Warrior of the Giant Chariot reveals that she wants to join the Jaegerists, involving Gabi in an interesting speech on the fate of the Eldians, now sealed. 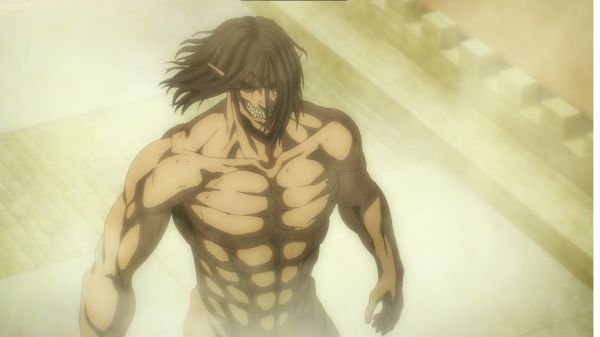 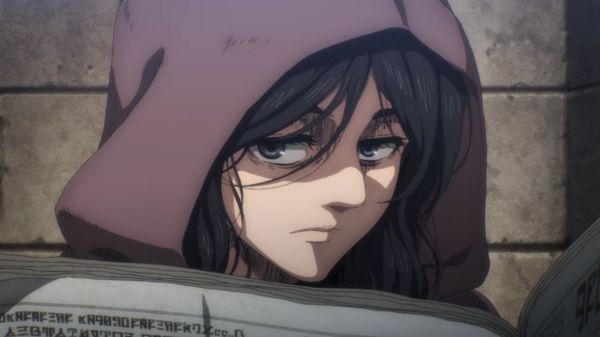 Pieck promises Eren that, once they arrive on the roof of the prison in the Shiganshina district, he will reveal to him where the lair of his companions is located. And it is precisely on the roof that the final battle begins: Marley’s forces break in and Eren, transformed into the Attack Giant, can only wait for the new arrival of his enemy number one: Reiner, who observes him from the top of his dirigible with the furious gaze of one who ponders nothing but revenge.

The story of the sixteenth episode of Attack of the Giants 4 is really “all here”, available on VVVVID from the morning of March 30th. Those who expected a daring final showdown might be disappointed, because the episode takes all the time it takes to build an ascending climax which – given its nature as a final midseason – could take on the flavor of a completely anticlimatic first-party finale.

However, it was necessary that some characters progress in their respective storylines, and that some dialogues take place in order to further characterize some supporting actors: it is the case of Yelena, which is probably the fulcrum of the whole episode, mind and arm of the plan for Zeke’s euthanasia, which is the glue between two of the most intense dialogues of the entire episode.
There will be a way, on the other hand, to test some healthy action and fights between Giants, in a few months. It will be time for MAP study to consecrate himself after a job that, having reached the end of the first tranche of this Final Season, we can consider excellent. Against all odds, and in spite of all the rumors and leaks that the MAPPA guys gave up for dead, the staff has created a solid product on a technical level and interesting as regards the artistic direction. We will have the opportunity to sum up in a more exhaustive analysis in the days to come, but in the meantime we can promote the work of the creators of Jujutsu Kaisen: excellent new musical grafts, pleasant character design that tries to get closer to the style of Isayama , the management of the storylines in the second half of part 1 is exceptional (a little less, perhaps, the first episodes, which adapt a rather large number of chapters a little too quickly). We just have to wait for the conclusion of the anime of Shingeki no Kyojin at the end of this year: it can only be a show.

READ:  Kimetsu no Yaiba proves the success of canon movies