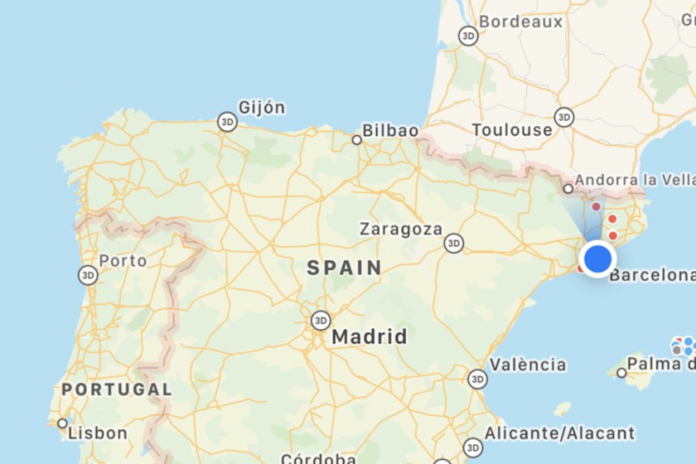 This really is a novelty that we expected, at least so soon. The fan Jordi Guillamet has sent a capture to various media that shows that Apple is already testing the redesign of its maps in Spain and Portugal, in what would be the 11th expansion of that redesign worldwide. You can see it in the image above.

If there are no more surprises in between, that makes Spain and Portugal be the fifth and sixth countries on the list of expansions after the United States, Ireland, the United Kingdom, and Canada. With territories like Germany, France or Japan still waiting, we believed that in the Iberian Peninsula we would have to wait more.

This new design of Apple Maps better distinguishes all terrain types, and further identifies each individual building and structure in the standard map view. In addition, in some large cities we will also have the view at street level. It also doesn’t hurt to remember that, unlike Google Maps, Apple does not use any usage data that we record in Maps for its own advertising benefit. Everything is encrypted and anonymous.

The Applesfera team have tried to see these new maps on our devices and we still see the first version (both in stable versions and in betas), so we will have to wait for the tests to become more extensive and spread to more devices.