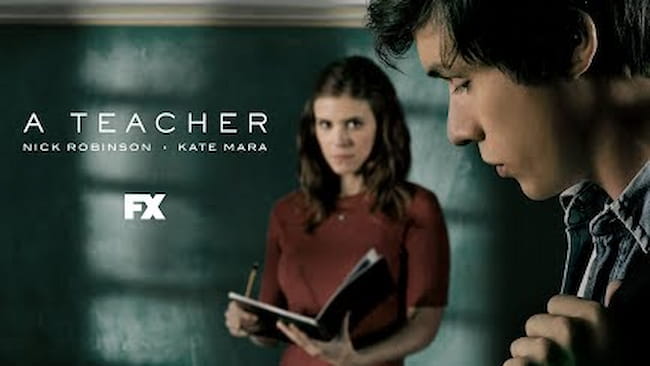 Created by Hannah Fidell, ‘A Teacher’ is based on the creator’s same-named movie. The Series was released on Hulu on 10th November 2020 and has 10 episodes with runtime ranging between 25 to 30 minutes.

The story follows An English teacher Claire Wilson who is engaged in an illicit sexual relationship with a 17-year-old student named Eric Walker. They cause many complexities in their lives as well as those around them. How they manage to handle their own relations and as well as relations with their near and dear ones is worth watching as the real world is actually facing many similar cases. 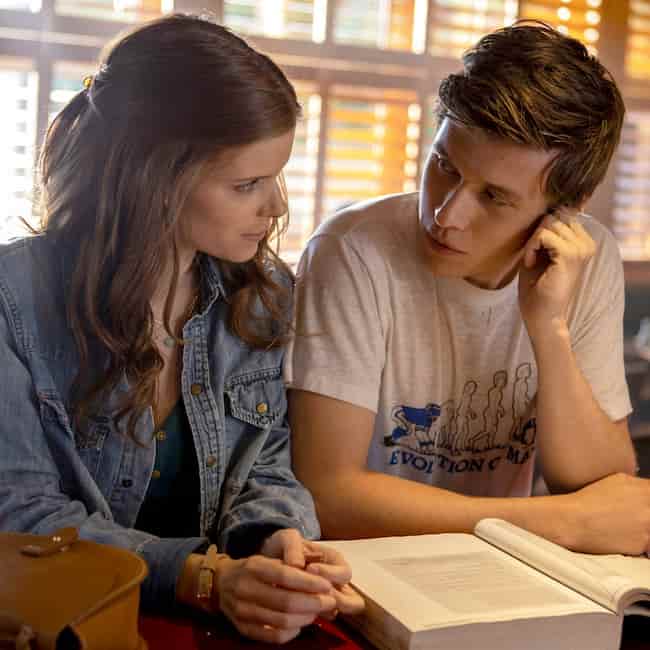 Claire Wilson joins Westerbook high school as an English teacher. In her personal life, she is unsatisfied with her husband Matt. Unfortunately, they could not conceive a child. Claire is a young, attractive, and fierce 30 something lady. Eric Walker, a talk of the town kind of school student gets interested in the teacher and wants to know about her. In a meeting, Clarie agrees to take his SAT classes and gives him a ride to his home.

Logan arranges a party at his home, where police raids and the officer is Claire’s brother Nate. Eric asks him to call his sister. Sister convinces him to leave Eric’s case up to her.
Clarie’s husband Matt carelessly spends away all her savings and that builds tension between them.

Clarie takes Eric to the University of Texas where they are invited to a party by Cody (Logan’s brother). They almost kiss there and Eric on the next day tries to kiss her at school too.

Clarie is very angry at him for the kiss and refuses to teach him for SATs. However, Eric convinces her. Eric hides things about Claire from friends. Eric asks his ex-girlfriend for a homecoming dance and she agrees.

The tension between Claire and Matt increases when he talks about having a baby through IVF. Eric confesses to Claire that he is not being able to attend her class as he cannot control him around her and later they end up having intercourse. Now Claire sets strict rules for Eric and her relationship.

Co-worker Kathryn notices a mark on Claire’s neck and suspects it. Eric is sent a scandalous photo by Claire and immediately invited by her for sex. Eric leaves their baby brothers with the neighbor girl and meets Claire and confesses that he is really serious about her and Clarie accepts to feel the same. When he gets back home, her mother yells at him that his baby brother burnt himself while he was gone. He goes through a sudden moment of grief and yells in front of the mirror.

After spending the weekend with Claire at the rented ranch, especially to celebrate his 18th birthday, he gets into thinking that Claire wants to end the relationship after getting back to college and also wants to hide about them.

Clarie attends his husband’s first band performance at the bar. While drinking, Clarie confesses to Kathryn that she is having a sexual relationship with Eric. Kathryn feels disgusted about it and decides to report it. Claire is totally shocked and is in tension. Eric confesses in front of the police about their relationship and the news spreads fast.

Claire reveals her affair to Matt, who seeks counsel from Claire’s brother, Nate. Matt tries to convince Claire about his willingness to solve their marriage issue but claire leaves to meet Eric and run away with him. They get drunk at the motel and send up getting intimate.

Meanwhile, they have got dozens of calls and texts. After seeing everyone concerning about him, he goes home early morning and gets emotional in front of her mom. Clair on the other hand turned herself into the police department.

As it is rightly said that the company you keep, decides the person you become. Eric’s friends instead of scolding him, appreciate him for getting intimate with a teacher. After a year he attends the University of Texas and catches up with likewise students. Claire will soon be released from jail. Eric hooks up with a fellow student and a girl claims to know his wrongdoings. In a conversation with Cody, he confesses that he feels guilty for ruining her life. Feeling Furious,  he tries to sleep with her once again asking her to apologize.
Eric drives recklessly after drinking and is thrown out of the car and is injured.

Later, one day while he was high he agrees that he still has feelings for Claire and is missing him badly.

Claire’s father declares alienation with her after she is released from jail, however, her brother allows her into the home and inspires her o look for a job. She is addressed as a ‘sexual predator’ while she was looking for a job in a shop. Lisa (Nate’s wife) does not like Claire around in her house and once Nate, Claire, and Lisa end up in an argument and Claire feels unwanted in the place.

Claire and Eric meet once and talk about feelings they still hold for each other but choose to depart. Claire decides to stay at her father’s. She starts working at her father’s retail shop and gets into an abusive relationship with her mate whom she met through tinder. Claire sings divorce with Matt. She is helpless and hopeless but her father tells her to think straight.

Eric is facing academic problems and his scholarship is at risk. He visits a bachelor party and meets Chloe and while dancing with her and conversing with her he realizes that he is going through a sad and tough phase and needs help. He meets his mom the next morning and accepts the same.

After almost 10 years, in 2024 Claire has two daughters and is happily living with her new family in Houston. Eric is having Wilderness therapy and suddenly one day happens to see Claire at the grocery store on his way to a school reunion and no doubt they are shocked.
In the reunion, he patches up with his ex-girlfriend Alison.

Claire texts Eric and asks for lunch. At lunch, they get into a lit conversation, and Eric bursts out. He is feeling guilty for blaming himself all over the years. He feels that Claire had used him and is not taking responsibility for the same. She apologies many times and tells her that whatever happened, they will have to live with the same all through life and leave the place.

FX on Hulu is yet to approve second season but it will soon be declared. As it is not yet declared, the viewers might have to wait for a while to see what happens next. We can expect it in later in 2022, or may be even later than that.

Whenever it will get released we will enjoy getting to know what happens in the lives of Claire and Eric. Will Eric fully recover from the trauma of his mistakes? Will he be able to forgive Claire? Will Claire affect her new life and family because of her past? Will they stay strangers from now on or will reunite? So many questions in head right?

Anyways, let us know in comments section about how do you view the plot of season 1 and what you expect from season 2 ?