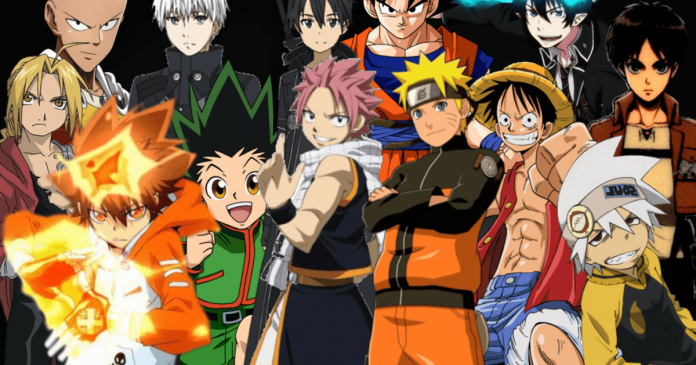 Shonen is the most popular anime genre currently, but sadly, it is also the most basic genre that exists. Almost every new anime Shonen that comes out is a copy of an older and more popular anime, which would be nice if the older anime were flawless, but they are not.

Shonen means “young” and as its name indicates, this anime or manga is aimed at this audience. Its main objective is the adolescents and young adults ages 13-20. Many of these anime and manga have a young male hero and focus on action, adventure, and fighting.

These shows tend to be more plot-focused and tell a sequential story about the protagonist’s desire to overcome an insurmountable task. It tends to be longer than other titles in other genres, and has the highest visibility among international fans.

Despite this, their flaws continue to be replicated and exacerbated over and over again as they turn a blind eye to the ever-evolving likes and dislikes of modern fans, especially female fans. While some Shonen anime dare to be different, like Attack on Titan or Demon Slayer, most of them sadly keep repeating the mistakes of their more successful and popular predecessors and in The Truth News we talk about them.

Villains and organizations without any objective

Although Shonen anime heroes In themselves they are very basic characters, they have motivations and desires that feed them to become the strongest in their world. Most of the time, it’s the villains who get the shorter end of the stick, because they’re evil for the simple fact of being evil.

Villains generally have little or no motivation, no solid end goals (other than killing everyone because they’re evil) and they show little to no character growth.

Known as enemies, antagonists, or even a great plot device, these villains are a prime motivator for the protagonists and their friends to grow up and fight for strength.

A series only gets more attractive when it features truly powerful villains. They can strike terror into the hearts of people with the right motivation behind them.

But although make Shonen anime more entertaining, The truth is that on many occasions they lack a backstory, which fails to develop a connection between the viewer and the villains.

Sorry for characters who don’t deserve it

The Shonen anime takes too far the idea that the protagonist must forgive the murderers en masse why it is “the right thing to do”, despite the legal system that exists in your universe, to punish the bad guys.

Being “kind” is often confused with being “faint of heart,” where protagonists resist making difficult decisions but necessary, like killing the bad guy. Even in Jujutsu Kaisen, Yuji hesitates before killing a cursed spirit that would have undoubtedly gone and killed more innocent humans, something that never bothers Yuji and his kind.

Although the compassionate spirit is usually important in the protagonists of the Shonen anime, the truth is that in the real world forgiving the bad guys is not always the solution, Well, somehow they should receive some punishment for not committing the same crimes, and there must be some kind of justice.

Dead loved ones in the Shonen anime

Even in 2021, the shonen is based on the “dead family member” To make your heroes advance and become the strongest jujutsu wizard / hokage / demon slayer / hunter / sorcerer in the world. The Shonen anime seems to forget that simply wanting the world to get rid of evil is a good enough motivation, as is simply being paid to kill bad guys.

However, this resource is sadly reserved for antiheroes like Light Yagami, who generally end up losing themselves in their “evil” desires.

That is why this type of anime usually uses the resource of a dead relative or loved one to encourage the protagonists to achieve a better world, something that is usually quite sad but also repetitive, in such a way that the protagonist could never be completely happy, because someone important will always be missing.

Dumb protagonists who are smart

Luffy, Naruto, Goku, Gon, Deku, Rin Okumura – the list is endless. It seems that the only personality a shonen male lead is being a carefree airhead, who may or may not be easy to convince, and shows his intelligence or killer instinct only when the plot calls for it.

Mangaka and anime studios seem to ignore the fact that there are many qualities that are likable in anime characters, without making them dumb as a rock.

Let’s face it, we love them madly. They are those characters that make us laugh out loud, even at times when we may not be in a very good mood. They are idiots, yes, but adorable idiots, so much so that sometimes one has to wonder if they really are as idiotic as we think they are.

Characters of this type abound in anime, It could be said that it is a norm that in at least the shonen series there is at least one terribly idiotic character. But that does not mean that they are completely useless, quite the contrary, frequently the more idiots the stronger. Around the great secondary character house there is a stupid protagonist who overcomes problems by the power of his determination.

It seems that it is a requirement to do Shonen anime with rather clumsy protagonists, but with a great instinct to save the world and his friends. And it is that somehow, although we see them as quite silly characters when they are in truly complicated situations and apparently without solution, they manage to get out of it as if by magic, or rather thanks to their powers, forces, or abilities.

Always the good wins in the anime Shonen

The bad boy shows up, declares his intentions, angers the good boy who then fights him in an epic battle, only to obviously win it in the end. It’s almost as if the whole thing about having open channels of communication with people is something that doesn’t exist in Shonen anime.

There is a reason diplomacy exists in the real world, where even enemy nations have their official communication channels open 24/7. However, this is something that fans never see in anime because ultimately, everything has to lead to a great battle, where the bad guy loses.

The fights definitely entertain us a lot, but it is as if in Shonen there was no other way to fix things, and where also the villains are always the losers, something that we already know by heart.

Absence of female villains in the Shonen anime

In older shows, a sensei is usually a white-haired old man, who is strict with his disciple. In the newer anime, while All Might and Satorou Gojo have the tired “old sensei” stereotype in the genre, there has yet to be even a female sensei (who was not a supporting character) who trained the protagonist to become the hero. that he is.

It’s the same unfortunate case with villains, where characters like Kaguya Otsutsuki are the exception, not the norm. This is something that modern shonen shows have yet to fix, the latest example being Jujutsu Kaisen.

Is like female characters can’t be evil, or as if they did not have enough skills to be, because the anime Shonen definitely lacks the feminine touch of evil.

In addition, women are usually secondary characters in these anime, but never the protagonists (with some exceptions)

Obviously, it is impossible to compress hundreds of manga chapters into 12 or 24 episodes, but that does not mean that the characters have to narrate the most obvious actions to the audience. This trick works on the premise that the audience is too dumb to understand what they literally see on screen, which is obviously a insult to fans who enjoy such programs.

Not to mention how these narratives last several minutes when in reality only a second or two have passed in the Shonen anime. Such actions not only defy logic, they also defy the very laws of time and space.

Besides the excessive use of narratives They can be distracting or annoying for the viewer, so it would be great if they allow the audience to enjoy the most important fights without much explanation involved.

It is an unwritten rule that pGay male characters shouldn’t exist in Shonen anime; even the “inclusive” Attack on Titan features a lesbian couple, but not a gay one. When homosexual characters exist in animated shonen, simply reinforce negative stereotypes about gay men to an audience that is made up mostly of straight men.

Puri Puri (One-Punch Man) and Bob (Fairy Tail) are excellent examples of this element. Even in Jujutsu Kaisen, when It calmly presented itself to Nobara, his unsettling reaction was to vomit, a reaction that was reserved only for It, despite having fought against cursed spirits worse than him.

The representation of homosexual men as sexual predators is something that has not liked the whole public, despite this this stereotype continues to appear again and again in this type of anime, which is still unpleasant.

With the exception of Attack on Titan and Jujutsu Kaisen, every popular shonen anime has featured a criminal who regularly harasses and sexually assaults girls, usually in public, and actually ends up becoming one of the most “fun” characters in the series.

Characters like Minoru Mineta and Zenitsu are also often good friends with the show’s hero / good guy, who, instead of lecturing these guys to treat women with respect, chooses to look the other way as said characters make all the girls in the room are uncomfortable with his mere presence.

These characters are not very fond of female fans, and their “quirk of personality” never adds anything of value to the plot, so they make no sense, despite the fact that such characters still appear in the animen every year.

Once again, the anime Demon Slayer, Jujutsu Kaisen, and Attack on Titan are perhaps the only popular shonen shows ever to they sexualized or infantilized their female characters. Otherwise, from One Piece to Seven Deadly Sins, absolutely every shonen anime has at least one female character whose most notable physical attributes are her large exposed breasts, such as Yaoyorozu Momo (who is also a minor) and Monster Princess Do- S.

If women are not sexualized, they are portrayed as airheaded fools with the IQ of a child, or damsels in distress who constantly need to be saved by a man.