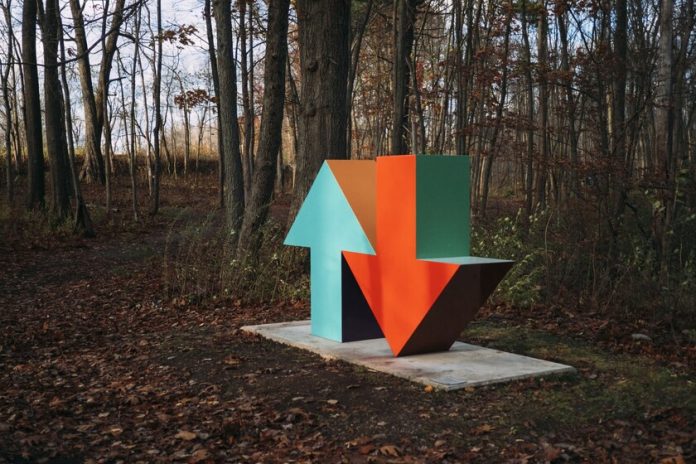 I propose an experiment: talk to someone who was born in 1998 or later and ask: “Have you ever downloaded anything from p2p networks?“The most likely answer, with this generation that has grown up with the arrival of Netflix and other streaming of contents, is that no.

The generational difference is noticeable: those geeks that we are between 30 and 40 years old and we have seen the explosion of the internet in every home we can perfectly remember Napster, Kazaa, eMule, Soulseek and perhaps Ares. There were countless unofficial channels for downloading content. Now some of those channels still exist, but the new digital generations do not use them.

eMule is a good example of this phenomenon. We can take a look at how many times the latest version of this program, released in 2010, has been downloaded to compatible computers. The metric is given by SourceForge:

Number of downloads of the eMule installer 0.50a from 2010 to today. From six million monthly downloads to less than 175,000 recently.

The graph reveals a Golden season of downloads between January 2010 and January 2012, until suddenly those downloads they drop suddenly to very low levels that little by little have been falling. While in 2011 there were more than 6 million monthly downloads, today they do not even reach 175,000.

If we consult the Google search trends for terms such as ‘eMule’ or ’emule downloads’, we can see how interest in this term reached the zenith between 2004 and 2007 to gradually decrease in subsequent years (it must be borne in mind that Google It may also be blocking useful results in these searches.) Today, the interest in eMule in the search engine is practically zero:

Evolution of interest in the term ’emule’ in Google Search from 2004 to today.

READ:  iOS 15 will bring changes to notifications, a new lock screen and a redesign of the iPad home screen

If we look at the interest in Google searches for the term ‘Bittorrent’ we see a similar trend: maximum interest towards 2004-2006 and then progressively decreasing to a measly 1% in February 2021 (Although later we will see how this may be due to other factors and not a lack of interest):

Evolution of interest in the term ‘bittorrent’ in Google Search from 2004 to today.

The same thing happens with the term ‘ares’, corresponding to the application of unofficial content downloads. Good interest until the end of 2011, at which time we see a decline to current levels of 3-4%. ‘Megaupload’ is something more peculiar, with a peak interest from 2009 to 2011 and a sudden interruption that plummets towards very low levels. The closure of the service was noticed.

The Megaupload boom came later, but it has still plummeted and has zero interest right now.

Direct download websites have also suffered this loss of disinterest, caused in large part by the closure of Megaupload as we explained a few years ago. 2012 was a year in which interest in many unofficial download channels plummeted, and the streaming platforms that we have today have made that interest never rise again.

Although the data above are not specific traffic figures (we cannot see the traffic history) they give us clues about the interest that Internet users have been having about the main unofficial channels to download content. This has been descending, to the point where there are those who speak with the younger generations and are surprised that they do not know how to search or download content through unofficial channels:

Super true. Nobody in my group of cousins (ranking from 33 to 16 yo) knows how to pirate stuff besides me and my brother (33 & 31). They didn’t do edonkey, torrent and much less so ftp or usenet groups — Some kinda played w Ares back in the day

For all these new users, watching a particular movie depends on whether it is available on a streaming service or can be purchased from stores such as the Google Play Store or the iTunes Store. And it will not be for lack of alternative download web pages: these continue to exist with daily updates of p2p links. But as we have recently commented, it is increasingly difficult to locate them due to the filters applied by search engines and social networks. Google Trends once again tells us about the decline in interest in these pages with the example of Hispashare, which is now low after it had to close due to legal warnings.

READ:  Signal implements private payments between users: it will use the MobileCoin cryptocurrency

We cannot know the traffic that these download websites receive. The closest we have to being able to see an evolution of P2P network traffic are Sandvine’s annual reports, but these are relative data from which it is difficult to extract conclusive data. Anyway, those responsible for the study already pointed to a certain trend in 2019:

When Netflix succeeded with its video offering, we saw a decline in global P2P network traffic. Especially in the United States, where the Netflix catalog was larger and more intuitive. But as original content has become more exclusive spreading to other streaming services, consumers have turned their attention to P2P networks to access that content as they cannot or do not want to pay for all subscriptions just for a few. few series. P2P traffic is on the rise in all regions, with ‘Game of Thrones’ being one of the culprits this year. Is this the new trend or is ‘Game of Thrones’ something specific?

The online traffic champion are, as you may have deduced and reflected in these reports, streaming services for series and movies like Netflix, Disney + or Amazon Prime Video. So much so that some digital movie sales services are considering surrendering to them. According to the Sandvine study, the consumption of streaming videos (YouTube and Twitch must also be included here) already exceeds 60% of the global data download from the network.

In other words and based on these Sandvine reports, Bittorrent is still not exactly a small source of downloading content in an unofficial way but every time it is more. We lack the absolute data of this traffic to be able to draw better conclusions, unfortunately.

In 2021 we have more video streaming services and more exclusive content than ever, which may cause many people to choose to pay less and rely more on unofficial downloads. There are also other tactics that fit with young people’s ignorance of P2P networks, such as the one Antonio Sabán told us in Genbeta: Take advantage of the fact that there is no permanence and pay only one month of each service, watching the exclusive contents in a planned way.

Perhaps, in search of more revenue, streaming catalogs will begin to limit that as well (we begin to see how they tighten with shared passwords). Or perhaps those younger generations are once again curious about P2P networks so that they do not have to pay so many subscriptions. The future will tell what happens, but It looks like P2P networks are not going to disappear in the short or medium term as much as the youngest do not use them.