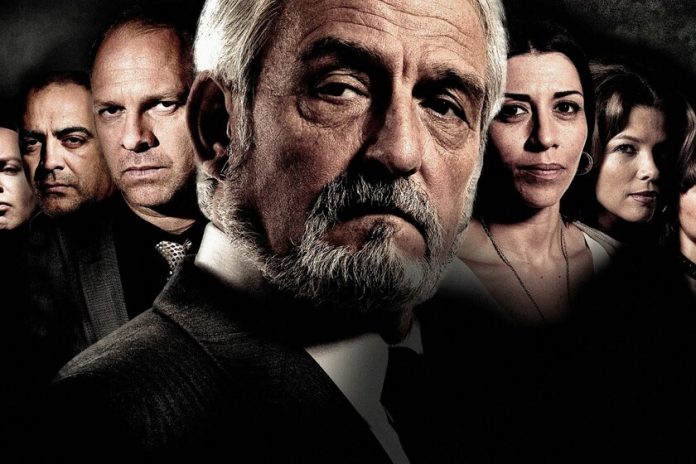 Ten years ago it was impossible to think of a national fiction commanded by ‘Riot police,’ Look what you’ve done ‘or ’30 coins’. Ten years ago, all this began to be possible thanks to ‘Crematorio’, an original series on Canal + that was adapted to some unimaginable ways of making television in Spain. Ten years later we celebrate our new television remembering the classic series with its two creators, Jorge and Alberto Sánchez Cabezudo.

Everything started with you

Taking advantage of the invitation of the creators, together with the Cabezudo brothers, we wanted to remember the times when, perhaps without intending to, they changed the guidelines of national fiction. Before ‘Crematorio’ everything was episodes without format and exorbitant durations, both of the episodes and of some seasons that seemed to have no end. Let’s travel back in time and stop for a second to contemplate that exemplary construction.

Kiko Vega (KV): Congratulations. 10 years have passed but it seems 25, and not because the series has aged, rather because in all this time not many like her have come out.

Jorge Sánchez Cabezudo (JSC): Well, there are beginning to be them, right? Everything takes a while, a boot. Movistar practically arrives at the same time as Netflix, we actually haven’t been around that long.

Alberto Sánchez Cabezudo (ASC): ‘Crematorio’ was made ten years ago and then there was a bit of a hiatus in the line of those series, that’s why has been able to remain in the memory as something very foundational, somewhat isolated. And suddenly in the last three years we find ourselves with a brutal level of national production. Keep it up.

JSC: Be careful, I’m not saying that since ‘Crematorio’ was made until Movistar restarts nothing has been done. All open fiction grows, evolves. In fact, if we were able to anticipate a little with ‘Crematorio’ it was as a result of a television that was already beginning to be done. When we started ‘Desaparecida’ with Ramón Campos we were already starting to shoot in panoramic and with fields of light, which was something that was not done on TV. What had not happened is that a payment chain, and there was only one, had launched into producing original series for its subscribers. 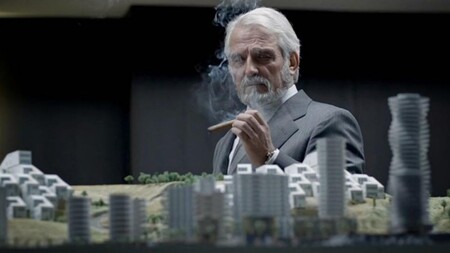 People who worked on TV in Spain were very curious and wanted to try other formats. Now things are made of a lot of quality and with an invoice of cinema and unpublished themes. All of this can be done because between ‘Crematorio’ and the arrival of Movistar, television was moving, it was preparing. The Spanish industry is ready to supply the platforms. I never would have thought when we started in ‘Al leaving class’ that we were going to have this volume of writers and creators. It has a lot of merit, we are a tiny country.

KV: Over the years a very curious thing happens to me with the series: I remember it as if it belonged to the classic HBO vintage. Did you want to consciously launch yourself to play in that league?

ASC: Yes, I think that the opportunity that Canal + and Fernando Bovaira gave us, who was the one who first saw that Rafael Chirbes’s novel as a series for a pay chain, projected us right there, to the references we were seeing in that moment and that you had to buy on dvd or they began to reach that Canal +. You watched those series and you were wanting to tell our bad guys, because that was important: we had to tell our story in our own way, but in that format. We wanted to jump into it.

JSC: It’s not like it happens now, that you compete with that. Now you do a series for the platforms and you compete with those monsters in the catalog, then we would not have thought of that, of course. We just wanted to do it with a quality closer to cinema. We also lived that other transition: ‘The Sopranos’ was filmed in cinema and we started with Red to record digitally and those cameras would later become very common in the cinema. We had the opportunity to do it at that time, with that novel, with that theme and with the will to a chain that wanted to differentiate itself of what was done in the open.

KV: When it comes to work, from day to day on set, was there also a difference compared to what you had been doing before?

JSC: So the whole team was aware that we were doing something different, from the first to the last member of the team. Daniel Sosa, our director of photography, came from a series where they were already trying to change the lighting and bring it closer to the cinema. There they began to take different shooting dynamics, also with a little more time. At times there were many doubts about it, especially because of the times that the recordings took.

ASC: Everyone felt very involved. Everyone liked the script, and the story, and you had to force the machine. It was neither cinema nor TV, you had to accommodate break-in times to the series, and that was the biggest effort in ‘Crematorio’. 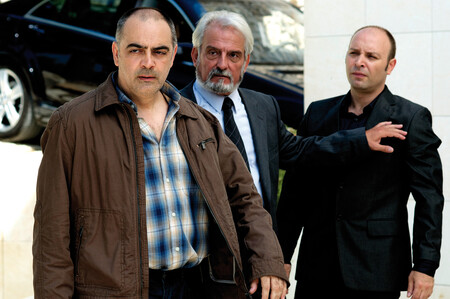 KV: There are almost four years from the novel to the series, are you involved from the first moment in the project?

ASC: Fernando Bovaira reads the script in the summer of 2008, offers it to us later and from there we start working on the adaptation. Now it also takes a while to prepare a project, which happens that there are so many that it seems that they go faster. AND the book was not so clear to adapt, we had to work out what we wanted to get out of it.

JSC: But it is true that the intention was to finish the scripts before starting to record anything. In this I believe that the series is in line with what we have been doing with Movistar. We were writing for a year to have the scripts written and face the shoot with all the material closed and thus optimize production. Now it can be something faster, yes. Now before the novel comes out, the rights have already been sold.

KV: Let’s talk about the header, the song and the images. Did you have it clear from the beginning or did it give you headaches?

ASC: It was a bit what you were saying before the HBO moment that was being lived. The intention was to do a cool headboard that was as far away as possible of those that were then seen in the open. It is true that we think that this type of intro also does a lot to sell you the series, it was something that was on the table at all times.

KV: It is impossible to imagine ‘Crematorio’ without Pepe Sancho. Did you have it clear from the first minute?

ASC: It was very difficult. In the processes you always ask yourself things, but the test to know if one was right or not is if you can imagine another guy in that role. AND it is impossible to imagine another Bertomeu other than Pepe. In addition, he was Valencian and knew that universe, he contributed a lot to the character, but above all to the series. 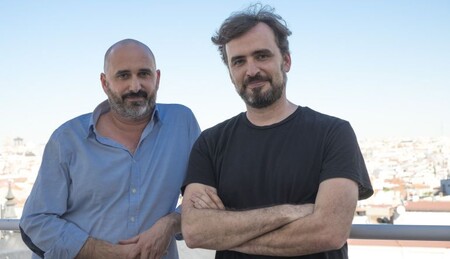 KV: You used to say that the novel was complex, but the truth is that just like you would with ‘The Zone’ you only have one season of eight episodes. Did you want to keep pulling the thread?

JSC: We were clear here. The series closed in a very powerful way, although there was always the possibility of continuing with those two women inheriting the browns of Bertomeu in the midst of a crisis. But actually 99% of the time we were clear which would be giving it all in eight episodes.

READ:  'The woman in the window': final trailer and release date of the Netflix movie with Amy Adams that promises to be one of the thrillers of the year

KV: It was a weekly series, and a little later the fashion for the complete series would arrive. Was that option a possibility at the time?

JSC: That was unimaginable. It was part of the format, of the ritual of viewers with their favorite series of the moment.

ASC: How things are, mind you. We spoke of the cinema as something romantic, but now even the weekly broadcast is already romantic. You force viewers to live week by week with those characters During two months. If you follow me, you will be with me these months. You’re not going to send me off on a weekend. The forms of consumption change, that’s how it is. I am the first to realize it.

KV: I have the feeling that people remember ‘Crematorio’ only when a good series is released. Do you have that feeling?

ASC: We are excited that people remember us, of course, but we also really enjoyed with ‘Anti-riot’. We are spectators and our health forces us not to constantly look back. 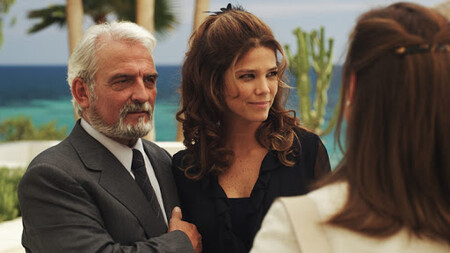 KV: When you did ‘Crematorio’ there was only Canal + and now there are a lot of platforms. Do you notice that it is easier for you now to place your projects?

ASC: There are more possibilities, but there is also more bandwidth, more competition. And with the pandemic there is a very long print queue. Now i think it is a blessing that there is this level of production in Spain, because some of the ones we are trying to close were unthinkable ten years ago.

JSC: Well, we have several planes flying overhead and we are landing them from the control tower. We need series and content but now in a pandemic everything has been somewhat stopped and you have to rearrange everything a bit.

KV: Come on, let’s go with the last one: What is ‘Crematorium’ for you?

ASC: Pepe Sancho. I remember the first camera test. For me it gave a dimension to Chirbes’s text that we were very scared. Not to be pedantic, not to be at half throttle. Being able to tell what the novel told by doing a genre series.

JSC: The feeling that they open a door for us, that they invite us to reach a new place. A door that we enter with a great team and with a lot more people and that led us to a place where we were allowed to do what we wanted the way we wanted.