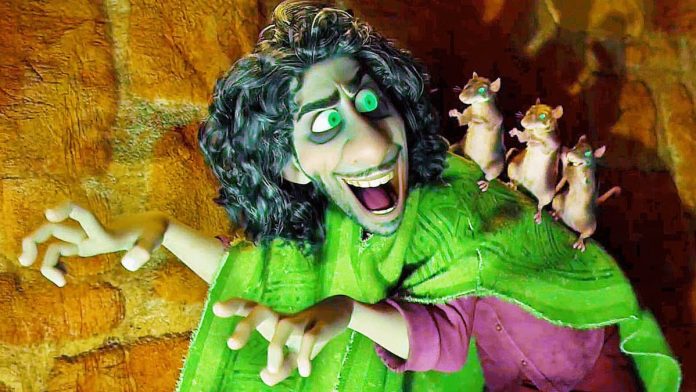 Why not talk about Bruno? Encanto movie review

Encanto, a recent famous Disney movie, is the story of the Madrigal family. Are you also vibing to that trending song on Instagram reels, where the whole Madrigal family is singing about Bruno, precisely when they mean they do not talk about him?

Bruno turns out to be the black sheep of the Madrigal family. He can see the future, and whenever he uses his superpowers, his green eyes start luminating.

If you wonder, “How tall is Bruno in Encanto?” this answer is for you. 7 feet is the height mentioned in the song, but is that true? It is a matter of discussion.

What is the thing about him that scares everyone? Why does his family react in such a way in that song? For this, the answer can be he’s got eyes that doubt, and he’s got a heart that cares so much for rats.

“That doesn’t sound scary” might be your thought. Don’t judge too quickly, not yet. His visions can only cause trouble. All his predictions were doomsaying, predicting every misfortune of the town and the Madrigal family.

The hate towards him for his misfortune producing predictions was high. But still, his family always loved him, and that is how families are meant to be, right! Accepting the flaws of someone is a part of true love and being a family.

The rat lover, the luminating green eye owner, the misfortune predictor, nothing mattered to the Madrigal family.

Why is that song the way it is?

“Then why that song?” I know you want the reasons. Pepa and Juliet are the two siblings of Bruno. All three of them were born as triplets to Alma and Pedro Madrigal.

The moment Bruno is born, there is an attack on their house. Thereon starts the list of Bruno’s misfortune.

When you listen closely to that song, you realize that Pepa and Felix sing and complain. Bruno says something for fun at Pepa’s wedding, which is mistaken for a prediction, and his statement kindles Pepa’s anxiety causing much trouble on the big day.

Bruno and his lovely nieces:

Encanto is the name of the town they are in, and Mirabel Madrigal is the main character of this movie. Mirabel’s magic doesn’t work when she tries as a kid.

The family asks Bruno to predict the future and tell if Mirabel will ever get her superpowers. His vision turns out to be a little bad, and as an uncle, his emotions trigger, and he stops the vision and disappears into thin air without any trace.

“Where did he go” you may ask. Well, he hid among the rats inside the walls of the house. The walls were his ears, and he could hear everything.

He was in that wall for a decade. He spent his time listening and healing the cracks in the wall. All his nieces almost forgot him. Dolores was the only person who knew of his presence but never uttered a word throughout the decade of Bruno’s hiding.

Dolores and her secrets:

Dolores’ superpower is enhanced hearing, and that is why she can hear Bruno inside the walls. She knew of his presence and his kind nature. Bruno’s future prediction for her also ends badly, but still, Dolores never hates her uncle.

She knew of everyone’s secret because of her power. She never intended to but still sometimes revealed them at times. But the mystery about Bruno’s presence never left her mouth for all ten years. She confesses it only after showing her love for Mariano Guzman.

After spending ten years in his secret hide-out, Bruno comes back to his niece Mirabel, and that is when he understands that his whole family misses him. There was always love for him, no matter what his powers put him through.

His kind heart was always caring towards his family. “So, really, how tall is Bruno in Encanto?” I will say he was like any other 50-year-olds, 5 foot and 4 inches tall.

But are you wondering why does he have to help Mirabel?

Bruno and Mirabel – the tough Madrigals:

He can relate to Mirabel. Both of them have been through the same situation, and they feel inferior; they believe they are not up to the expectations of the Madrigal family, that they are weaker and don’t fit in.

Bruno went through all of that a generation ago and hid. Looking at Mirabel going through the same pressures, he chooses to support her. The support was absent when he suffered from the curse, a consequence of his powers.

When Bruno disappears, no one wants to take the blame away from him. He knows the pain of living with the blame.

When Mirabel elopes, he decides to find her. When he sees Alma and Mirabel together, he enters the conversation pulling all the blame towards himself. He thinks it doesn’t matter what his mother thinks; the only thing he wants at that moment is to take away all the blame from Mirabel.

That is the love he has for his family. His intention was never to cause trouble to them. And he also didn’t want to leave them; that is why he decided to stay behind walls.

Bruno is finally accepted by the Madrigal family and the townsfolk of Encanto. He helps in reconstructing the Casa Madrigal. He is not a side character in the film; he and Mirabel are in the same position. They are the ones that their family needs. They are the heroes of Encanto.

The magical powers are passed down for generations in that household. On their 5th birthday, Madrigals are blessed with power. The only person who never receives any magical powers is Mirabel Madrigal, and the one that suffers most because of the powers is Bruno Madrigal.

How tall is Bruno in Encanto became a huge question discussed worldwide for one reason, the song’s lyrics- that seven-foot and rats at the back that caused all the arguments. This 5 feet 4 inches guy just wanted to be by his family, but his power became his curse.