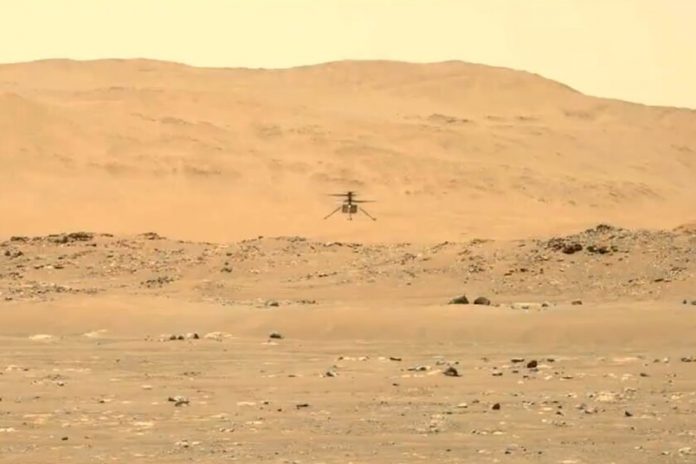 This week Ingenuity has become the most famous helicopter in history. He managed to become the first vehicle to fly over the surface of Mars, and with that he returned to set an amazing milestone on this NASA mission.

Yesterday Ingenuity did his second flight: something more durable (51.9 s vs. 39.1 s) and at a higher altitude (5 m vs. 3 m) that allowed NASA to advance in the study of what they can or cannot achieve with this small helicopter that does not stop giving big news.

Ingenuity continues to learn to fly on Mars

Those responsible for NASA’s Jet Propulsion Laboratory (JPL) revealed how “the telemetry that we have received and analyzed tells us that the flight met expectations“.

The 1.8 kg Ingenuity took off again, holding it for almost 52 seconds and reaching a height of five meters. During this suspension the helicopter moved to one side and he turned his camera to point it in different directions before landing again on the Martian surface.

READ:  The 256GB iPad Air with a "borderless" design and Touch ID has never been so cheap at Amazon, for 752.99 euros

One of the peculiarities of these flights is that the conditions are very different from those that Ingenuity would have to endure on Earth. On Mars, the atmosphere has a density that is only 1% of that of the Earth., forcing your rotors to spin much faster.

They do it to about 2,400 revolutions per minute to achieve lift the apparatus, while on Earth it would be enough with a fifth of that speed. Although its aerial maneuvers are pre-programmed, Ingenuity must make some decisions in real time using its camera and sensors.

This vehicle is serving to plan a similar mission in the future: Dragonfly, a robotic rover that NASA is preparing, will have an even greater flight capacity when the mission reaches Titan, the icy moon of Saturn. It will theoretically do so in 2034, and the data that is being obtained from Ingenuity will serve as learning for that future mission.