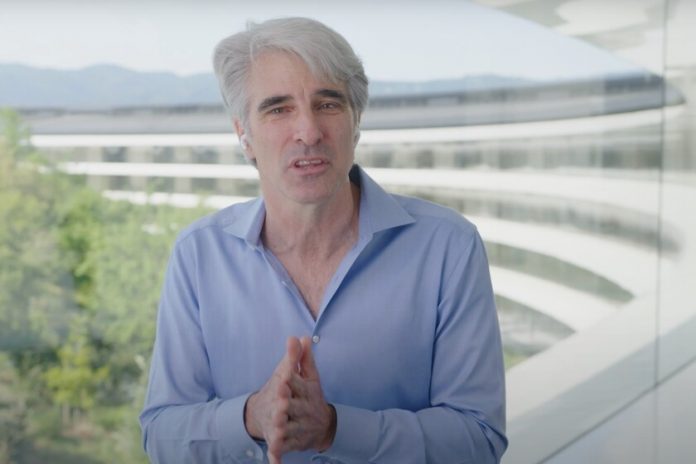 Yesterday, with the launch of iOS 14.5 and the rest of the operating systems, App Tracking Transparency arrived on our iPhone and iPad. A system that allows us choose if we want an app to track us for advertising purposes through third parties. Craig Federighi has commented on this new measure in an interesting interview in the Wall Street Journal.

It is not a tracking block, it is the ability to decide

The App Tracking Transparency system has accumulated several complaints and criticisms from companies who want to continue accessing our data without our consent. Something that Tim Cook himself acknowledged was a bit surprising, since the system does not prevent third-party monitoring, but asks us if we want to avoid it. Craig Federighi, Senior Vice President of Software Engineering says exactly that:

We really want to give users a choice. These devices are such an intimate part of our lives and contain so much information about what we think, where we have been, and who we have been with, that users deserve and need to control that information.

Abuses can range from scary to dangerous.

The executive goes on to say that they expected some criticism about this new layer of privacy, but that at the same time it was clear from Apple that this was a necessary measure. Initially the App Tracking Transparency was due to arrive with iOS 14 last fall, however, Apple delayed it until yesterday. Federighi explains that this delay is not due to criticism of this measure, but to give developers time to adapt their apps so that the follow-up does not take place once the user indicates it.

Apple made two new APIs available to developers several months ago in order to continue attributing clicks on ads and measure the reach of advertising campaigns while respecting our privacy. The company wanted to give developers time to be able to implement those APIs correctly.

In the end, each of us will see privacy in a different way. Different people will be happy to share more or less data with ad networks. That’s where measurement comes in. Craig Federighi has put it clearly:

People have their own sense of privacy and how important it is to them, so we will all make our own personal decisions.

Apple’s interest in privacy has been around for a long time. In fact, it was Steve Jobs himself who claimed that privacy is that people know exactly what to do with their data. To be asked, to be asked again. A vision quite advanced to its time that now takes shape in one more protection of the many that the operating systems of Apple products have: the possibility of choosing if we want the apps to track us through third parties. Nothing more.