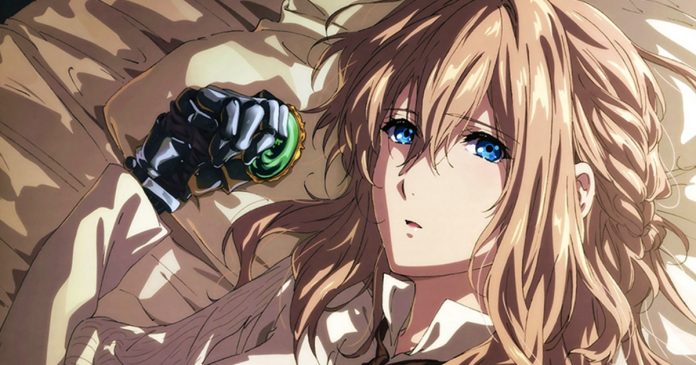 Violet Evergarden: The Movie finally made it abroad, debuting for the first time on April 1 in Latin America. If you are one of the fans who have not yet seen the movie from Kyoto Animation, the following information in The Truth News will share an important update with you.

When is Violet Evergargen The Movie coming out on Blu-ray?

The franchise’s official website announced today, April 8, that the award-winning Violet Evergarden: The Movie will premiere on Japan on August 4 in three different editions. One of those editions is the special edition of Blu-ray which will mark the first release of a KyoAni work in 4K and HDR.

This version used the format conversion Dolby Vision HDR which made the feature film the first original anime film to be screened in Dolby Vision HDR format. If you know the Kyoto Animation style, you will know that the great animation quality makes this home video release possible.

Additionally, all editions of the film, including regular Blu-ray and DVD editions, come with a special case, a color booklet, two Violet typefaces, four cards that were theatrical gifts, a poster version of the card-sized film, and cards drawn by the director Taichi Ishidate.

The special edition will come with the normal UHD and Blu-ray disc, and the UHD version will have the Dolby Vision version of the movie that comes with Dolby Atmos surround sound (Note, though, if you don’t have a sound system that supports the sound format, it will play on regular speakers as well.)

Physically, the special edition comes with a booklet with interviews with the staff and the director about the Dolby Cinema update and production process. At the moment, no artwork from any of the releases has been revealed.

Violet Evergarden: The Movie premiered in Los Japanese theaters on September 18, 2020 and a recent update recorded that it had earned 2.1 billion yen ($ 20.23 million) at the Japanese box office.

Where to see the anime Violet Evergarden?

Kyoto Animation’s original anime series featured 13 episodes and an OVA in 2018. Netflix has the show available in its catalog, along with the first movie of 2019, Violet Evergarden: Eternity and the Auto Memory Doll.