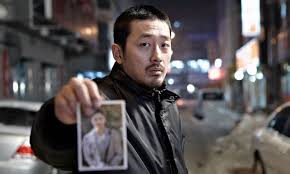 Spectacular Korean thriller in the vein of Old Boy and Bong Joon-ho’s crime movies. On the border between Russia, China and North Korea, a debt-ridden man accepts a contract to murder someone as a last resort to meet the needs of his family. What he would never have imagined is that he would end up being engulfed by a criminal gear.

Korean action film, which was the 2nd highest grossing film in the country’s history, about a sophisticated and spectacular robbery. A group of international thieves led by Macao-Park sets in motion a master plan to deliver the coup of the century in a casino. But each member of the gang organizes their own plan to seize the loot separately.

Remarkable thriller that plunges us into the mafia world of South Korea. A corrupt customs official is about to be fired and tries to strike the last blow by selling a bag of heroin. Thus he comes into contact with a major Busan mob boss and together they become the masters of the city. But the government declares war on organized crime.